Are You A Fan of the Arts & Crafts Movement ? then Visit Winterbourne House & Gardens

Home » Bed & Breakfast News » Bed and Breakfast Blog » Are You A Fan of the Arts & Crafts Movement ? then Visit Winterbourne House & Gardens 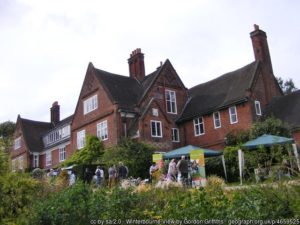 Winterbourne is a rare surviving example of an early 20th century suburban villa and garden. The house was built in 1903 for John and Margaret Nettlefold, of Guest, Keen & Nettlefold.

Nettlefold was a pioneer of town planning who carried the ideas seen in his own home to the less wealthy areas of the city.

Originally designed as a small country estate with rustic outbuildings and large gardens, Winterbourne followed the style of the Arts and Crafts movement with examples of local craftsmanship throughout the house. 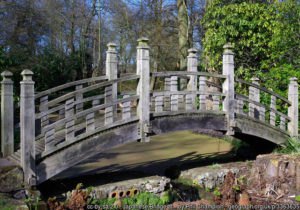 Margaret Nettlefold designed the garden, inspired by the books and garden designs of Gertrude Jekyll. After a period of restoration, the garden was Grade II listed by English Heritage in 2008.

John MacDonald Nicolson was the last private owner of the house and a keen gardener. He developed many new areas, including a scree garden and small alpine features around the garden.

Nicolson died in 1944 and bequeathed the house and garden to the University. The garden became the University’s Botanic Garden and new areas for teaching and plant conservation were developed within the historic layout.

The garden today is still used by students but is also open to the public to be enjoyed by everyone.

John Nettlefold and his wife had already lived in two homes before they commissioned J L Ball to design Winterbourne. It was to be their most beloved family home, but also the final place they would share together. When the family sold up in 1919, it was to move nearer to John’s hospital where he spent his final years.

It was designed to be ‘cutting-edge’ with all the modern conveniences of electric lighting, hot running water and a telephone line. Rooms were light and airy, with views over the garden. The Arts and Crafts inspired design employed local materials and craftspeople to provide an enduring feel of quality. The children recall happy memories of exploring the acres of garden, meadows and pasture, and plays performed in the billiard room at Christmas time.

Visitors to the house today can learn about the Nettlefold’s history and the families that came after them. Interactive exhibits bring the history of the house to life for children, and whilst little is known of how the interior would have looked during the Nettlefold’s tenure, rooms have been sympathetically recreated with beautiful William Morris print wallpapers and period furnishings to evoke the Edwardian era.

The Arts and Crafts Movement 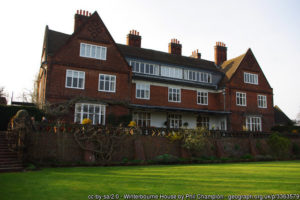 The Arts and Crafts movement was led by English designers who wanted a return to quality handcrafted goods instead of mass-produced items. It flourished from around 1860 to 1910, and is most known for its textiles, ornaments and wallpapers with simple flower and plant designs or medieval motifs.

William Morris was a leading figure in the Arts and Crafts world, renowned for his distinctive wallpaper, textiles and tiles. You’ll see many of his designs at Winterbourne.

What makes Winterbourne an Arts and Crafts site?

John Nettlefold commissioned Joseph Lancaster Ball to design the house. Ball was a Birmingham architect, and a champion of Arts and Crafts style.

His other notable works nearby include the Eagle Insurance building on Colmore Row, and his own home on Rotton Park Road.

An unusual feature of the house is its wavy roof line, designed to make the house look older than it actually was. The Nettlefolds were keen that all the principal rooms, including the nursery, should face south-east to ensure the maximum amount of sunlight, and the best views.

Botanical gardens at their best 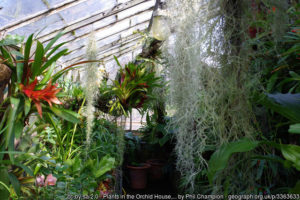 Today the botanical garden is Grade II listed and offers colour and interest throughout the year. The restored walled garden complete with crinkle-crankle wall, is a riot of rainbow shades from May until October. The lawns are fringed with striking colour themed borders, and beyond lies an original sandstone rock garden and a woodland walk through Gunnera leaves and Rhododendron displays. The botanical garden contains plants from around the globe with collections of plants from China, North and South America and the Alpine areas of the world.

The garden offers something for all ages, including activity trails for families and a children’s garden

Winterbourne is home to several 19th century printing presses which are now used for workshops, demonstrations and for paperwork sold in Winterbourne’s gift shop.

On Fridays all year round, volunteers demonstrate the presses and are happy to chat to visitors about their use.

There is a strong link between Birmingham and the history of print, a relationship which is now being developed as part of the University of Birmingham’s joint initiative with Birmingham City University entitled the Centre for Printing History and Culture.

For more information about this great attraction go here: