Update - April 2021: Please see our statement here about the Coronavirus situation in the UK.

Hampshire is dominated by the South Downs and Winchester, the county town and former capital of England. The magnificent Winchester Cathedral houses novelist Jane Austen’s grave. Her home, at Chawton, is nearby. 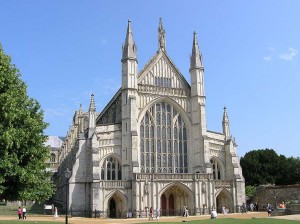 Drop down to the valley of the River Test, to Broadlands, Hampshire’s Georgian architectural gem. Lord Mountbatten, the last Viceroy of India, lived here. For many, Hampshire means the New Forest. Despite its name, this wildlife wonderland is one of the few remaining primeval oak woods. It was a popular hunting ground of Norman kings, and provided Henry VIII and other monarchs the wood for their ships.

Gliding through the forest, the beautiful Beaulieu River takes us to The Solent, which we cross to Queen Victoria’s beloved Isle of Wight. The island’s jewel in the crown is Osborne House, Queen Victoria and Prince Albert’s favourite retreat. And there’s Cowes, which hosts one of the world’s iconic yachting events – Cowes Week.

Back to Hampshire – and Portsmouth, the home of the Royal Navy. Nelson’s HMS Victory and Henry VIII’s Mary Rose feature in the city’s historic dockyard, all in the shadow of the 557 feet high Spinnaker Tower. There is more maritime history at Southampton, the base for some of the world’s greatest ocean liners.

Find a Bed and Breakfast in Hampshire