Alderley Edge is known for its affluence and expensive houses, falling inside Cheshire’s Golden Triangle 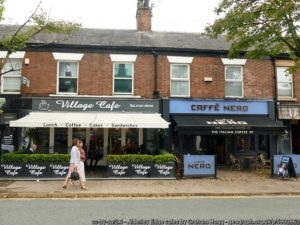 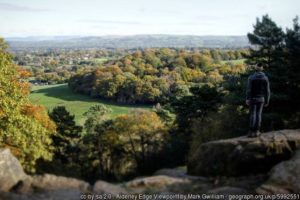 Famous for its celebrity clientele it has a selection of cafes and designer shops and has attracted numerous Premier League footballers, actors and multi-millionaire businesspeople. It is one of the most expensive and sought-after places to live in the UK outside central London. A visit there is terrific for people watching and just soaking up the atmosphere of what draws the with money into the area!

The Wizard of the Edge

Legend has it that a farmer from Mobberley was taking a milk white mare to sell at the market in Macclesfield. Walking along the Edge, he reached a spot known locally as “Thieves Hole” where an old man clad in a grey and flowing garment stopped him.

The old man offered the farmer a sum of money for his horse but the farmer refused, saying he could get a better price at the market. The old man told the farmer that he would be at this spot again that evening when the farmer returned, not having found a purchaser for the horse. The farmer failed to sell the horse making his journey back along the Edge.

At the same point, the old man appeared again, repeating his offer, which this time was accepted. The old man told the farmer to follow him with the horse. As they approached an area just past Stormy Point, the old man held out a wand and uttered a spell, opening the rock revealing a pair of huge iron gates, which the wizard – as he was – opened.

Assuring no harm the wizard told the farmer to enter. The farmer did so, and was led through the gates into a large cavern. In the cavern, the farmer saw countless men and white horses, all asleep. In a recess there was a chest, from which the wizard took the payment for the horse, which he gave to the farmer.

The astonished farmer asked what all this meant; the wizard explained that all these sleeping warriors were ready to awake and fight should England fall into danger. He then ordered the farmer to leave and return home.

Chester – a must visit destination 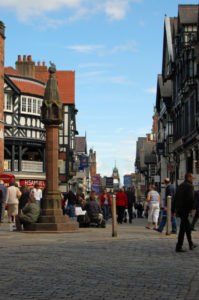 The centre of Chester

The Chester Rows of the county town with its city walls and Roman amphitheatre.The Rows and the black-and-white architecture. The walls encircle the bounds of the medieval city and constitute the most complete city walls in Britain, the full circuit measuring nearly 2 miles The only break in the circuit is in the southwest section in front of County Hall.

A footpath runs along the top of the walls, crossing roads by bridges over Eastgate, Northgate, St Martin’s Gate, Watergate, Bridgegate, Newgate and the Wolf Gate, and passing a series of structures, named  Phoenix Tower (or King Charles’ Tower), Morgan’s Mount, the Goblin Tower (or Pemberton’s Parlour), and Bonewaldesthorne’s Tower with a spur leading to the Water Tower, and Thimbleby’s Tower

Did You Know This? 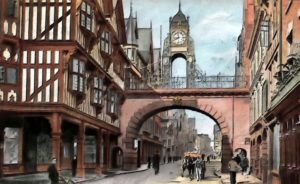 On Eastgate is Eastgate Clock which is said to be the most photographed clock in England after Big Ben.

The Rows are unique in Britain. 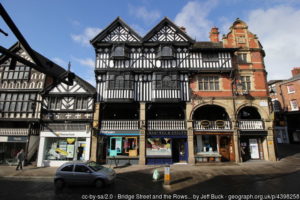 Those on the first floor are entered behind a continuous walkway, often with a sloping shelf between the walkway and the railings overlooking the street.

Much of the architecture of central Chester looks medieval and some of it is but by far the greatest part of it, including most of the black-and-white buildings, is Victorian, a result of what was termed termed the “black-and-white revival”.

The Estate and gardens of Tatton Park 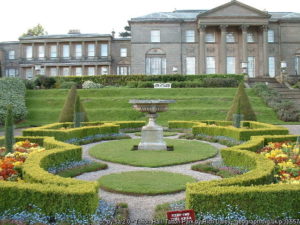 North of of Knutsford. It contains a mansion, Tatton Hall, a medieval manor house, Tatton Old Hall, Tatton Park Gardens, a farm and a deer park of 2,000 acres 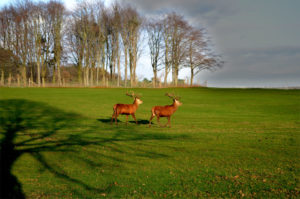 (It is a popular visitor attraction and hosts over a hundred events annually.

The estate is owned by the National Trust, who administer it jointly with Cheshire East Council. Since 1999, it has hosted North West England’s annual Royal Horticultural Society flower show.

A programme of events is organised in the hall, garden and parkland. These include the annual RHS Show Tatton Park arranged by the Royal Horticultural Society, car shows, concerts, courses and craft and antique fairs.

Tatton Park is also home to one of the seven national Foodies Festivals. Parts of the hall and gardens can be hired for celebrations, weddings, and for conferences and meetings.

Plus you have these other “Must Visit” attractions

The Museum of the Railway Age; ancient Maiden Castle; the wildlife treasure house of Delamere Forest; the wooded Dunge Valley Gardens high in the Pennines…and 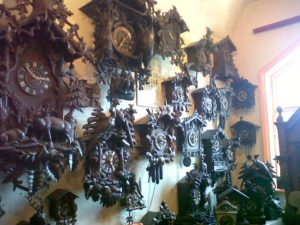 The Cuckoo land Museum, previously known as the Cuckoo Clock Museum, is a museum that exhibits mainly cuckoo clocks, located in Tabley,  The collection comprises 300 years of cuckoo clock-making history, since the very earliest examples made in the 18th to the 21st century.

The museum was set up in 1990 by brothers Roman and Maz Piekarski after bringing together a collection of antique Black Forest cuckoo clocks that has been continuously increased ever since. Both men were trained as clockmakers in Manchester from the age of 15, which is when their fascination with these timepieces began.

It became apparent to them that an important part of European clock-making history was liable to disappear if surviving examples fell into irretrievable disrepair.[1] Their guiding principles have always been to purchase objects only of the highest museum quality and which held an important significance in the historical development of cuckoo timekeeping. 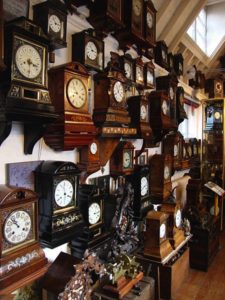 In Roman Piekarski’s own words:

“When we started collecting in the 1970s no one wanted them because battery and electric clocks were all the rage. We picked many up for next to nothing.”

So there you have it Cheshire has many, many great places to visit and strool around, there’s also great scenery and so much more – its perfect for a few days away especially in the Autumn.