Update - June 2021: Please see our statement here about the Coronavirus situation in the UK.

Considered Visiting Yorkshire ? – You Really Should! 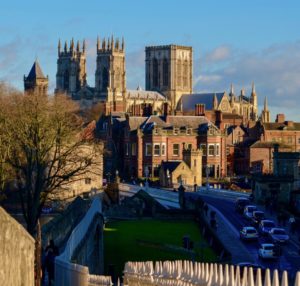 They call York ‘a living museum’. Inside its three-mile long city walls is a treasure trove of history dominated by York Minster with its fabulous stained glass and Chapter House. There is also the world-renowned York Castle Museum and Jorvik, the Viking City.

It is the county town of Yorkshire. The city is known for its famous historical landmarks such as York Minster and the city walls, which makes it a popular tourist destination in England.

The city was founded by the Romans it became the capital of the Roman province of Britannia Inferior.

In the middle Ages, York grew as a major wool trading centre and became the capital of the northern ecclesiastical province of the Church of England, a role it has retained.

In the 19th century, York became a major hub of the railway network and a confectionery manufacturing centre, a status it maintained well up to the present day pretty much!

During the Second World War, York was bombed as part of the Baedeker Blitz. Although less affected by bombing than other northern cities, several historic buildings were gutted and restoration efforts continued into the 1960s

In 1068, two years after the Norman conquest of England, the people of York rebelled.

Initially they were successful, but upon the arrival of William the Conqueror the rebellion was put down.

William at once built a wooden fortress on a motte. In 1069, after another rebellion, the king built another timbered castle across the River Ouse. These were destroyed in 1069 and rebuilt by William about the time of his ravaging Northumbria in what is called the “Harrying of the North” where he destroyed everything from York to Durham.

The remains of the rebuilt castles, now in stone, are visible on either side of the River Ouse. 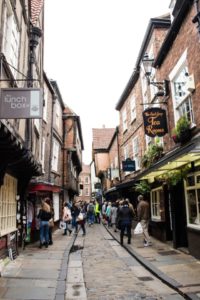 The first stone minster church was badly damaged by fire in the uprising, and the Normans built a minster on a new site. Around the year 1080, Archbishop Thomas started building the cathedral that in time became the current Minster.

In the 12th century York started to prosper. In 1190, York Castle was the site of an infamous massacre of its Jewish inhabitants, in which at least 150 Jews died some claim far more were killed.

York became a major cloth manufacturing and trading centre. Edward I further stimulated the city’s economy by using the city as a base for his war in Scotland.

The city was the location of significant unrest during the so-called Peasants’ Revolt in 1381. The city acquired an increasing degree of autonomy from central government including the privileges granted by a charter of Richard II in 1396.

Under King Henry VIII, the Dissolution of the Monasteries saw the end of York’s many monastic houses, including several orders of friars, the hospitals of St Nicholas and of St Leonard, the largest such institution in the north of England.

This led to the Pilgrimage of Grace, an uprising of northern Catholics in Yorkshire and Lincolnshire opposed to religious reform. Henry VIII restored his authority by establishing the Council of the North in York in the dissolved St Mary’s Abbey.

Guy Fawkes, who was born and educated in York, was a member of a group of Roman Catholic restorationists that planned the Gunpowder Plot.

Its aim was to displace Protestant rule by blowing up the Houses of Parliament while King James I, the entire Protestant, and even most of the Catholic aristocracy and nobility were inside.

As we all know he was unsuccessful.

The English Civil War – on the Side of the Crown

In 1644, during the Civil War, the Parliamentarians besieged York, and many medieval houses outside the city walls were lost.

The barbican at Walmgate Bar was undermined and explosives laid, but, the plot was discovered. On the arrival of Prince Rupert, with an army of 15,000 men, the siege was lifted.

The Parliamentarians retreated some 6 miles from York with Rupert in pursuit, before turning on his army and soundly defeating it at the Battle of Marston Moor.

Of Rupert’s 15,000 troops, no fewer than 4,000 were killed and 1,500 captured. The siege was renewed; the city could not hold out for much longer, and surrendered to Sir Thomas Fairfax on 15 July.

Following the restoration of the monarchy in 1660, and the removal of the garrison from York in 1688, the city was dominated by the gentry and merchants, although the clergy were still important.

The City’s Decline as a Trading Centre

Competition from Leeds and Hull, together with silting of the River Ouse, resulted in York losing its pre-eminent position as a trading centre but the city’s role as the social and cultural centre for wealthy northerners was on the rise.

York’s many elegant townhouses, such as the Lord Mayor’s Mansion House and Fairfax House date from this period, as do the Assembly Rooms, the Theatre Royal, and the racecourse.

Plan your visit to York – check this accommodation out – CLICK HERE 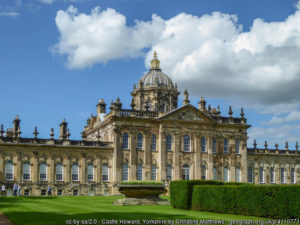 Among Yorkshire’s great houses, Castle Howard, an 18th century Baroque masterpiece, is stunning in scale. Compare it with Burton Agnes Hall, a stately, yet homely, Elizabethan mansion, and the Palladian Harewood House.

It is a private residence, and has been the home of the Carlisle branch of the Howard family for more than 300 years.itsnot a true castle,

It is familiar to television and film audiences as the fictional “Brideshead”, both in Granada Television’s 1981 adaptation of Evelyn Waugh’s Brideshead Revisited and a two-hour 2008 remake for cinema. Today, it is part of the Treasure Houses of England group of heritage houses

Building of Castle Howard began in 1699 and took over 100 years to complete to a design by Sir John Vanbrugh for the 3rd Earl of Carlisle.

The site was that of the ruined Henderskelfe Castle, which had come into the Howard family in 1566 through the marriage of Thomas, 4th Duke of Norfolk to Elizabeth Leyburne, widow of Thomas, 4th Baron Dacre.

For the Duke of Norfolk’s son Lord William Howard had married his step-sister Elizabeth Dacre, the daughter of the 4th Baron Dacre who brought with her the sizable estates of Henderskelfe and Naworth Castle as well.

The house is surrounded by a large estate which, at the time of the 7th Earl of Carlisle, covered over 13,000 acres

After the death of the 9th Earl in 1911, Castle Howard was inherited by his younger son Geoffrey, with later earls having Naworth Castle as their northern country house. In 1952, the house was opened to the public by the then owner, George Howard, Baron Howard of Henderskelfe. It is owned by Castle Howard Estate Ltd and run by Nicholas and Victoria Howard.

To the Yorkshire Dales National Park. 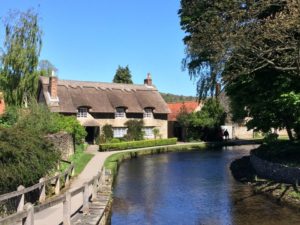 North Yorkshire, with a sizeable area in Cumbria and a small part in Lancashire. The park was designated in 1954, and was extended in 2016.

Want to visit the Yorkshire Dales – here’s where to stay

Whitby, home to Captain James Cook, sits at the top of a string of sweeping beaches, resorts and headlands, including Robin Hood’s Bay, Scarborough and the naturalists’ wonderland, Bempton Cliffs.

Its East Cliff is home to the ruins of Whitby Abbey, where Cædmon, the 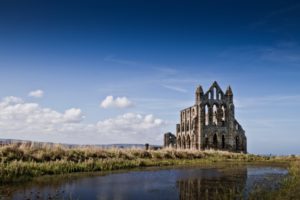 Tourism started in Whitby during the Georgian period and developed with the arrival of the railway in 1839. Its attraction as a tourist destination is enhanced by the proximity of the high ground of the North York Moors national park and the heritage coastline Jet and alum were mined locally, and Whitby Jet, which was mined by the Romans and Victorians, became fashionable during the 19th century. 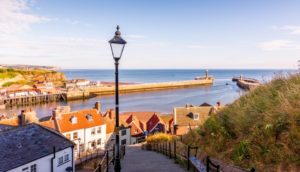 While Whitby’s cultural and historical heritage contribute to the local economy, tourism and some forms of fishing remain the mainstay of its economy.

Yorkshire – famous for it’s Mining Past

Yorkshire’s industrial past is marked by the National Coal Mining Museum, where you can visit a coal face, and Magna, a hi-tech showcase based in a former steel works. Its literary greatness is fronted at Haworth, home to the Bronte sisters, Charlotte, Emily and Anne.

The National Coal Mining Museum is based at the site of Caphouse Colliery in Overton, near Wakefield, West Yorkshire, England. It opened in 1988 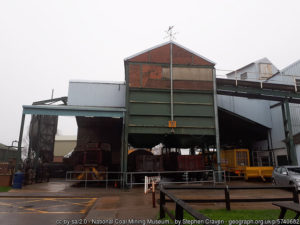 Caphouse Colliery was sunk in the 1770s or 1780s and the Hope Pit in the 1820s. Sir John Lister Kaye of Denby Grange took over James Milnes’ leases the mineral rights in 1827 and his pits became the Denby Grange Colliery.

The boiler house and stone and brick chimney at the museum are Grade II listed structures built around 1876 for Emma Lister Kaye along with the steam winding engine house, boiler yard, heapstead and ventilation shaft which are Grade II* listed.

The boiler house has two Lancashire boilers and powered the winding engine. The timber headgear at Caphouse and the wood framed screens building at Hope Pit date from between 1905 and 1911. Pithead baths and an administration block were built between 1937 and 1938.

IN PRINT FOR OVER 33 YEARS – ONLINE FOR OVER 25 YEARS – OUR REPUTATION SPEAKS FOR ITSELF!