Cornwall…. sandy beaches, surf and so much more! 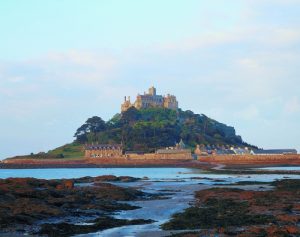 With its spectacular dramatic coastline, picturesque harbours, sandy beaches and cultural heritage, the attraction of Cornwall has ensured its place as one of our favourite holiday destinations, but for all you film buffs and television fans out there, Cornwall may be more familiar than you think!

With its unique scenery and coastline, Cornwall has featured in such classic films from ‘Treasure Island’ and ‘Where Eagles Dare’, to 007 James Bond’s abseiling entrance into the centre of The Eden Project (or should we say the villain’s lair?) in ‘Die another Day’.

Much-loved TV series, Doc Martin starring Martin Clunes was filmed in the charming fishing village of Port Isaac. The greatly anticipated re-make of Winston Graham’s dramatic novel of smuggling and romance, Poldark, brought the spotlight to the area, from Charleston near St. Austell, with its harbour complete with Tall Ships, to the sandy cove of Church Cove at Gunwallow or the rugged backdrop of Bodmin Moor, it doesn’t take much to allow the imagination to transport you back to this 18th century setting.

This is just a flavour of Cornwall, there is so much more…

Find a B&B in Cornwall

Things to see and do in the West Country