Discover Scotland – It’s Got So Much to Offer!!

Home » Bed & Breakfast News » Bed and Breakfast Blog » Discover Scotland – It’s Got So Much to Offer!!

Visiting Scotland can be a hugely welcoming experience, there’s so much to see and do here’s just some of the highlights 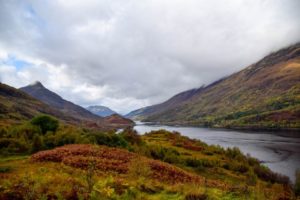 From its untamed, lowering mountains of the oldest rock on earth, through the secret glens, across crystal clear lochs to its rich, rolling hills, the landscape of Scotland mirrors the passion and rugged independence of its people.

We’ll start  in the Lowlands, which, despite its name, includes plenty of wild upland country.  It is the land south of a line from Loch Lomond to Stonehaven, with fertile, wooded valleys, winding rivers and stern hills.

The Border Country’s sheep-dotted hills look peaceful now but its past has been savage and turbulent.

On to one of the great cities of the world. 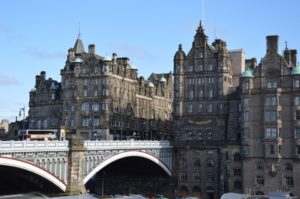 Edinburgh has been described as pure theatre with its sweep of spires and battlements, crags and classical architecture. is Edinburgh Castle. It is home to Scotland’s crown jewels, which include the oldest crown in Europe,

Down the River Clyde to Glasgow, once known as the Second City of the Empire – after London – because of its industrial past.  Stunning Victorian architecture reflects its era of prosperity with its shipbuilding, ironworks and cotton mills. 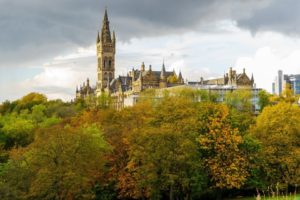 Dating back at least to the 12th century is another of Scotland’s great castles rising high above the town it protects. Stirling Castle, on its rocky crag, is one of the country’s finest examples of Renaissance architecture. 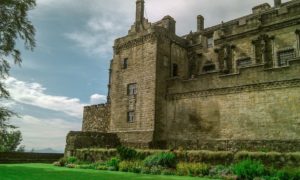 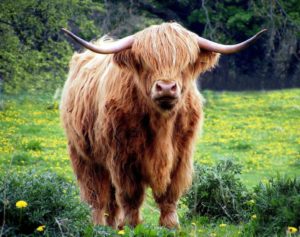 Further into wild Caledonia and on to Inverness – the capital of the Highlands. It’s an ideal base for exploring the Cairngorms

Let’s enter the wilderness of Wester Ross. The rocks used to build the abandoned crofts – another sad testament to the Highland Clearances – are more than 600 million years old.

More gentle is the refined Victorian spa town of Strathpeffer, not far from the Falls of Rogie. Thousands of wealthy visitors, joined by royalty, would take the waters, which were believed to ward off or even cure tuberculosis.

Northwards to Cape Wrath, standing guard against the worst the North Atlantic can summon up, and on to John O’Groats…876 miles from Land’s End.

We turn back southwest to the stunningly beautiful sea lochs and isle of Jura, and Mull, Tobermory and Mallaig, then over the sea to Skye and the Western Isles.

Fore!  We cannot forget Scotland is widely recognised as the home of golf, with its shrine at St Andrews.  Its history and culture can be traced back to 1457, with the 550 courses offering challenges galore. 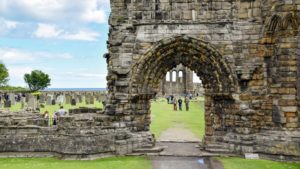 And a wee dram afore ye go. Follow the various whisky trails around the mainland and the isles and learn a great deal of history…and why the brew – the water of life – has travelled the world.  Slainte mhath!