Explore the great British Isles following the footsteps of our literary heroes! Here are a few suggestions to start with… 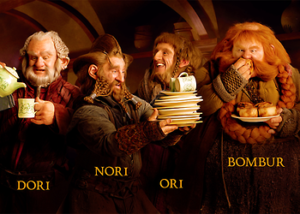 Characters from The Hobbit

J.R.R Tolkien, was born in South Africa, but moved to England at the age of three. A writer, poet and University Professor, he is best known as the author of The Lord of the Rings, The Hobbit and Silmarillion, from which he became known as the ‘’father’’ of modern fantasy literature. In 2001-2003 The Lord of the Rings was released as a film trilogy directed by Peter Jackson. One of the most ambitious film projects undertaken, Tolkien’s fantasy world was brought to the attention of a new generation, much to their delight!

Where to visit:    Take a trip to Exeter College, Oxford University, where Tolkien studied English Literature, sit in The Botanic Gardens, High Street, Oxford, or raise a glass in the Eagle and Child pub, Oxford, where Tolkien would meet with a group of literary chums, who called themselves The Inklings , including famous author, C.S.Lewis. 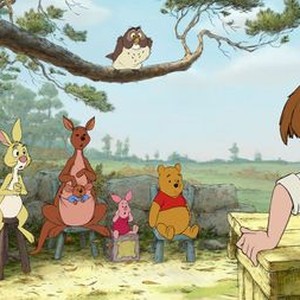 Alan Alexander Milne touched the hearts of generations with his stories and amusing quotes about the thoughtful and lovable bear, Winnie the Pooh.

Where to visit:    A.A Milne lived on the edge of Ashdown Forest (aka The Hundred Acre Wood to Pooh and friends!), which is located at the heart of the High Weald Area of Outstanding Natural Beauty and boasts spectacular views over the surrounding Sussex countryside.  Located just 40 miles from London, enjoy the tranquillity of 6,500 acres of enchanted forest and heathland, steeped in history dating back almost to the Norman Conquest. Follow the footsteps of A.A. Milne to Gills Lap at the heart of the forest and see, as Christopher Robin did, ‘’the whole world spread out until it reached the sky’’.

Robin Hill, Crowborough   Family home in the middle of glorious gardens near AshdownForest.

Joanne Kathleen Rowling (born 31 July 1965), is best known for writing the ‘Harry Potter’ novels. Having sold more than 500 million copies, it has become the best- selling book series ever! Interestingly, words created in her stories like ‘Muggles’ have even found their way into the Oxford English Dictionary!

Where to visit:J.K.Rowling made her home in Edinburgh and could often be seen writing the Harry Potter novels in the city cafes. The colourful and historical VictoriaStreet is thought to have been the inspiration for Diagon Alley and George Heriot’sSchool, Hogwarts. The Writers’ Museum pays tribute to a wealth of authors including J.K.Rowling and Harry Potter.

Visit the Warner Bros Studio Tour in London where many of the films were made or Platform 9 ¾ at Kings Cross Station.