Update - June 2021: Please see our statement here about the Coronavirus situation in the UK.

A visit to HEREFORDSHIRE  can be quite inspirational , there’s loads to see and some beautiful countryside to stroll over– Mappa Mundi (the Map of the World) – drawn in 1290 and Hereford 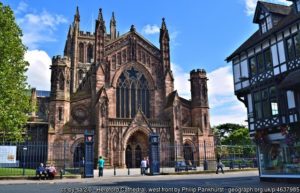 The map is listed on the UNESCO Memory of the World Register.

The cathedral is a Grade I listed building. The site of the cathedral became a place of worship in the 8th century or earlier although the oldest part of the current building, the bishop’s chapel, dates to the 11th century

There is decorative work on the Norman architecture columns and arches of the nave built by Reynelm’s stonemasons. 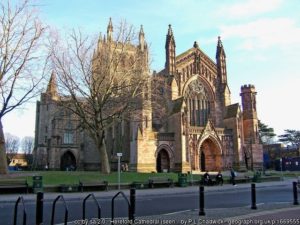 Until 1847 the pavement which had been laid down in the nave completely hid the square bases on which the piers rest. Double semi-cylindrical shafts run up their north and south faces, ending in small double capitals at the height of the capitals of the piers themselves. 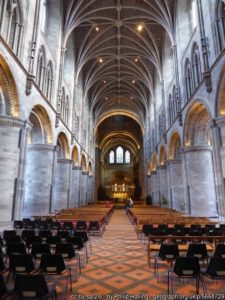 The tomb of Sir Richard Pembridge, Knight of the Garter in the reign of Edward III, is a fine example of the armour of that period, and it is one of the earliest instances of an effigy wearing the garter. A square-headed doorway gives access from this aisle to the Bishop’s Cloister.

At the northern entrance is a porch and Decorated doorway, a good general view is at once obtained.

The Lady Chapel has lancet windows, foliated ornaments and a groined roof. The tomb of Charles Booth, bishop and builder of the porch, is in the sixth bay of the nave on the north side, guarded by the only ancient ironwork left in the cathedral.

Elgar’s inspiration, a market town, lying east of Hereford, and west of the Malvern Hills. 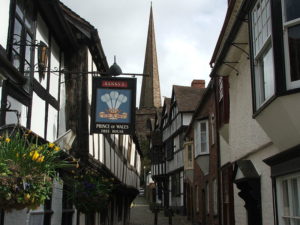 It has a significant number of timber-framed structures, in particular along Church Lane and High Street. One of the most outstanding is the Market House, built in 1617,

Other notable buildings include the parish church of St. Michael and All Angels, the Painted Room(containing sixteenth-century frescoes), the Old Grammar School, the Barrett-Browning memorial clock tower ,designed by Brightwen Binyon and opened in 1896 to house the library 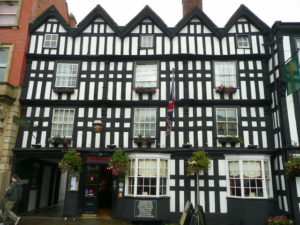 nearby Eastnor Castle and the St. Katherine’s Hospital site. Founded c. 1231, this is a rare surviving example of a hospital complex, with hall, chapel, a Master’s House (fully restored and opened in March 2015 to house the Library), almshouses and a timber-framed barn.

Do you Love your Cider?

The Cider Museum is the only Arts Council ‘Accredited Museum’ dedicated to the history of cider.

It was set up as a Trust in the 1970s by Bertram Bulmer, Norman Weston and the Director of Long Ashton Research Station, John Hudson. They realised that unless a collection was started, then much of the story of cider making would be lost. Initially, the aim was to represent the international history of cider-making, but the majority of the collections have been drawn from England and the West Country.

The museum is housed in a former cider making factory at Pomona Place,  dating back to 1888.This was the birthplace of Bulmer’s Cider.

Henry Percival Bulmer started making cider in 1887 and was joined by his brother Fred from Cambridge. A year later they purchased a plot of ground on the outskirts of Hereford to build a ‘shack’ to make and store cider.

Extensive cellars were later excavated in 1889 and the building was extended to incorporate both the factory and offices, with a grand new frontage added in the 1920s. 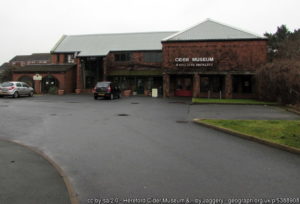 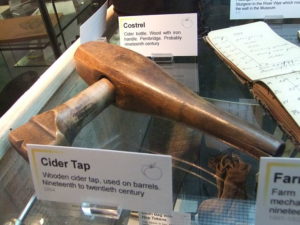 Burford House is an 18th-century country house .Built in 1728, it is a Grade II* listed building, built of red brick It stands in 7.5 acres of ornamental gardens. 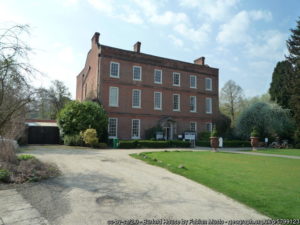 The estate of Burford, which had belonged to the Cornwall family since the Middle Ages, was sold in 1720 to William Bowles for £35,000.

Bowles was the proprietor of the Vauxhall glassworks in Lambeth, London, the largest glass works in the country, and was Member of Parliament for Bridport and later for Bewdley.

He commissioned the building of the present house in 1728, extended the grounds and built a summerhouse (which is also listed Grade II).

From the 1860s Burford was the home of George Rushout, 3rd Baron Northwick, a member of the Bowles family. During his time the house was greatly extended by the addition of east and west wings,

In 1954 the estate was purchased by Mr John Treasure and his brother, who demolished the added wings, completely replanted the gardens, and in 1958 opened the grounds to the public