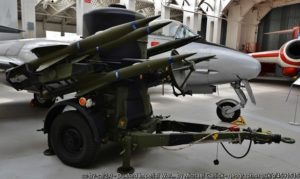 The site also provides storage space for the museum’s other collections of material such as film, photographs, documents, books and artefacts. The site accommodates several British Army regimental museums, including those of the Parachute Regiment (named Airborne Assault) and the Royal Anglian Regiment.

A little bit of history

Based on the historic Duxford Aerodrome, the site was originally operated by the RAF during the First World War. During the Second World War Duxford played a prominent role during the Battle of Britain and was later used by United States Army Air Forces fighter units in support of the daylight bombing of Germany. 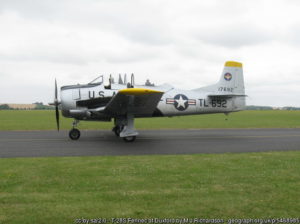 Duxford remained an active RAF airfield until 1961. After the Ministry of Defence declared the site surplus to requirements in 1969 the Imperial War Museum received permission to use part of the site for storage. The entirety of the site was transferred to the museum in February 1976.

In keeping with the site’s history many of Duxford’s original buildings, such as hangars used during the Battle of Britain, are still in use. Many of these buildings are of particular architectural or historic significance and over thirty have listed building status.

The concept originated during the First World War in 1917 to record the war effort and sacrifice of Britain and her Empire.

The museum opened in 1920, With the outbreak of the Second World War, the museum’s terms of reference were enlarged to include that conflict as well. in 1953 to include all modern conflicts in which British or Commonwealth forces were engaged

the museum’s collections to expand enormously, to the point that many parts of the collection, especially those of aircraft, vehicles and artillery, could not be effectively stored or exhibited.

Although the museum’s south London home (a nineteenth-century building in Southwark which was previously the Bethlem Royal Hospital) had been extended in 1966, by the end of the decade the museum was seeking additional space 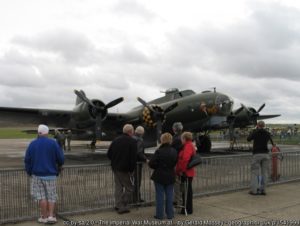 RAF Duxford, a Royal Air Force fighter station had been declared surplus to requirements by the Ministry of Defence in 1969, and the museum duly requested permission to use part of one of the airfield’s hangars as temporary storage. Within two years, ten of the museum’s aircraft had been brought to Duxford, and were being restored by volunteers of the East Anglia Aviation Society. While the museum’s own aircraft were not restored to flying condition, by cooperating with private groups the museum was able to mount its first airshow in 1973.

Further air shows followed, The success of these shows provided a valuable source of revenue, and complemented the efforts of volunteers, so that the museum applied for the permanent transfer of the entire site to its use.

in  1976  Duxford became the first outstation of the Imperial War Museum. Initially open from March–October, Duxford welcomed its ten millionth visitor in August 2005. 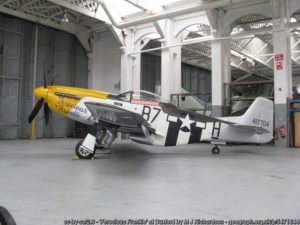 The aerodrome at Duxford was built during the First World War and was one of the earliest Royal Air Force stations. During 1917 the Royal Flying Corps expanded and Duxford was one of many new airfields established to train RFC aircrew. After the war ended, unlike many similar airfields in a slimmed-down RAF, it was kept open: first as a training school and then, from 1924, a fighter station, a role it was to carry out with distinction for 37 years.

By 1938 the reputation of RAF Duxford’s No.19 Squadron was such that it became the first RAF squadron to re-equip with the new Supermarine Spitfire, and the first Spitfire was flown into RAF Duxford in August 1938.

In June 1940 Belgium, Holland and France fell to German forces and the conquest of Britain was Germany’s next objective. RAF Duxford was placed in a high state of readiness. The period of intense air fighting that followed has become known as the Battle of Britain, and the station went on to play a role in Britain’s air defence.

On 15 September 1940, ‘Battle of Britain Day’, its squadrons twice took to the air to repulse Luftwaffe attacks aimed at London.

In April 1943, RAF Duxford (soon to be officially designated ‘Station 357’ by the Americans) became home of the 78th Fighter Group, whose primary job was to escort the vast fleets of US Eighth Air Force bombers on their perilous and costly daylight raids against Germany. On D-Day, 6 June 1944, the long-awaited beginning of the Allied invasion of occupied Europe, every available 78th Fighter Group Thunderbolt supported the invasion by attacking targets behind the beachheads of Normandy.

Following the end of the Second World War, and once again an RAF station, Duxford entered its last operational phase. Now equipped with jet fighters, its pilots stood ready to shoot down Soviet bombers should the Cold War turn ‘hot’. 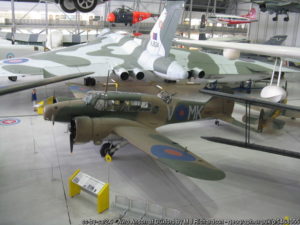 However Duxford was nearing the end of its life in operation under the RAF as the defence needs which had called RAF Duxford into being as a fighter station no longer applied; it was too far south and too far inland, and the costly improvements required for supersonic fighters could not be justified. In July 1961 the last operational flight was made from RAF Duxford, and for some 15 years the future of the airfield remained in the balance.

If You planning a trip to Cambridgeshire, and by the way you should, the county has so much to offer then why not combine Duxford with a visit to the world renowned university city of Cambridge as well?

Today IWM Duxford is established as the European centre of aviation history. The historic site, outstanding collections of exhibits and regular world-renowned Air Shows combine to create a unique museum where history really is in the air.