Interest in Motorsport? Then a Visit to Silverstone will be a great day Out

Home » Bed & Breakfast News » Bed and Breakfast Blog » Interest in Motorsport? Then a Visit to Silverstone will be a great day Out

Interest in Motorsport? Then a Visit to Silverstone will be a great day Out 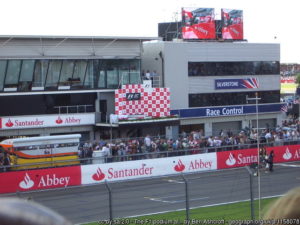 On 30 September 2004 British Racing Drivers’ Club president Jackie Stewart announced that the British Grand Prix would not be included on the 2005 provisional race calendar and, if it were, would probably not occur at Silverstone.

However, on 9 December an agreement was reached with Formula One rights holder (then )Bernie Ecclestone ensuring that the track would host the British Grand Prix until 2009 after which Donington Park would become the new host.

However, the Donnington Park leaseholders, Donnington Ventures Leisure, ran into severe financial problems and went into administration, resulting in the BRDC signing a 17-year deal with Ecclestone to hold the British Grand Prix at Silverstone.

Silverstone is at the centre of a motorsport hub, with its own driving experiences centre, a Porsche Centre and Handling Track, an Aston Martin Test and Development Centre based at the Stowe Circuit, a conference and exhibition facility in the Wing, and soon to be opened Heritage Experience Centre and Hilton Garden Inn Hotel due to open in the summer this year

The Silverstone Experience is packed full of interactive shows, hands-on displays and unique cars and racing memorabilia. Take a look inside and see what’s in store during your visit. 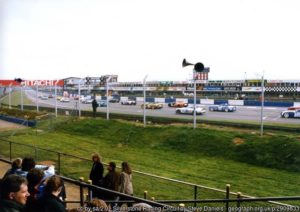 Put on your racing suit and prepare to experience Silverstone like never before. Our new attraction combines history, interactive experiences and amazing memorabilia from over 70 years of motorsport.

Plus, on select days you can take our outdoor heritage walk and get up close to the track. The Silverstone Experience is a great family day out and is ideal for motorsport fans of all ages.

There’s always something new happening at The Silverstone Experience. We are home to the official collection for the British Racing Driver’s Club (BRDC) so the cars, bikes and memorabilia often change.

If you’re a motorsport fan, then you might like one of our great value annual passes. Otherwise we offer amazing gift vouchers, perfect for Christmas, birthdays and more.

THE BEGINNING – A little bit of History 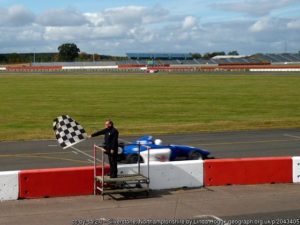 The end of the Second World War had left Britain with no major race track but an abundance of airfields. One of these surplus airfields was located outside the village of Silverstone and being roughly in the middle of England was seen as an ideal location to bring back international motor racing to Britain.

By 1948 The Royal Automobile Club (RAC) had arranged a one year lease with the Air Ministry in the spirit of optimism and possibility which characterised the time. An ex-farmer, James Wilson Brown, was employed by the RAC and given just two months to turn the site from a wartime airfield and farm into a race track for the first RAC International Grand Prix.

On the 2nd October 1948 an estimated 100,000 people flocked to see Luigi Villoresi beat a field of 22 others in his Maserati. Hay bales and ropes protected the piggery and crops in the middle of the circuit, and canvas barriers stopped drivers from being distracted by cars coming the other way. Silverstone racing history had begun.

The Silverstone Experience really is a great day out for all the family – try it and see for yourself.

Want to find quality bed and breakfast accommodation close by, then go to our website