Travelling through Kent & the  gloriously fertile Weald with its rich agricultural heritage, reflected in its architecture. Magnificent and moated, 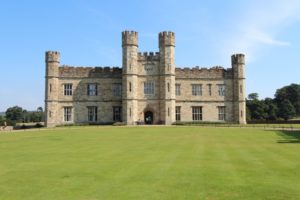 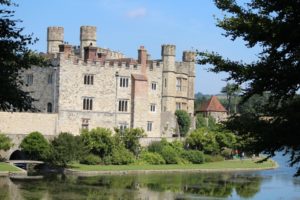 Hever Castle was the childhood home of Anne Boleyn, Henry VIII’s second wife. The stunning gardens of Sissinghurst, Penshurst Place and Groombridge Place are just three elements of the garden lover’s ‘heaven’ that is Kent. 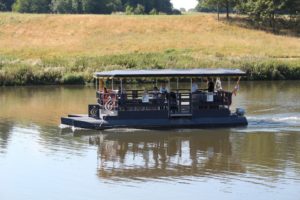 Boat tours around the lake 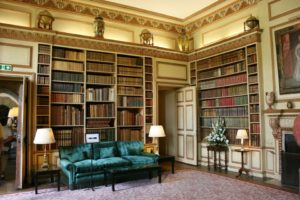 Hever Castle is located in the village of Hever, It began as a country house, built in the 13th century. From 1462 to 1539, it was the seat of the Boleyn (originally ‘Bullen’) family. 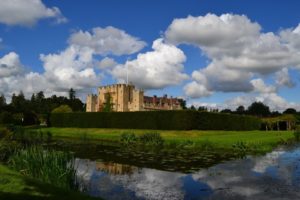 Anne Boleyn, the second queen consort of King Henry VIII of England, spent her early youth there after her father, Thomas Boleyn, inherited it in 1505. The castle passed to him upon the death of his father, Sir William Boleyn. 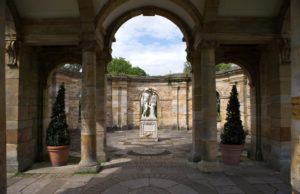 It later came into the possession of King Henry VIII’s fourth wife, Anne of Cleves. The castle is now open to the public as a tourist attraction. 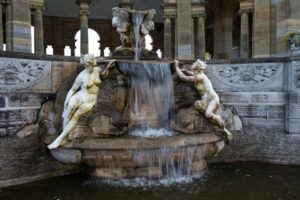 Want some ideas on where to stay? Click Here Now

For Garden Fans – Sissinghurst is up there with the Best

Sissinghurst Castle Garden, was created by Vita Sackville-West, poet and writer, and her husband Harold Nicolson, author and diplomat. 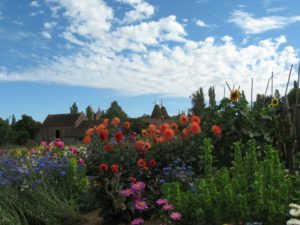 It is among the most famous gardens in England and is designated Grade I on Historic England’s register of historic parks and gardens. It was bought by Sackville-West in 1930, and over the next thirty years, working with, and later succeeded by, a series of notable head gardeners, she and Nicolson transformed a farmstead of “squalor and slovenly disorder” into one of the world’s most influential gardens.

Following Sackville-West’s death in 1962, the estate was donated to the National Trust for Places of Historic Interest or Natural Beauty. It is one of the Trust’s most popular properties, with nearly 200,000 visitors in 2017. 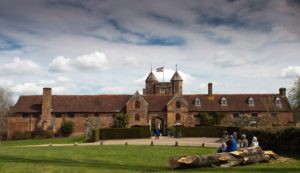 The gardens contain an internationally respected plant collection, particularly the assemblage of old garden roses. The writer Anne Scott-James considered the roses at Sissinghurst to be “one of the finest collections in the world”.

A number of plants propagated in the gardens bear names related to people connected with Sissinghurst or the name of the garden itself. The garden design is based on axial walks that open onto enclosed gardens, termed “garden rooms”, one of the earliest examples of this gardening style.

Among the individual “garden rooms”, the White Garden has been particularly influential, with the horticulturalist Tony Lord describing it as “the most ambitious … of its time, the most entrancing of its type.

The site of Sissinghurst is ancient and has been occupied since at least the Middle Ages. The present-day buildings began as a house built in the 1530s by Sir John Baker. In 1554 Sir John’s daughter Cecily married Thomas Sackville, 1st Earl of Dorset, an ancestor of Vita Sackville-West.

By the 18th century the Baker’s fortunes had waned, and the house, renamed Sissinghurst Castle, was leased to the government to act as a prisoner-of-war camp during the Seven Years’ War.

The prisoners caused great damage and by the 19th century much of Sir Richard’s house had been demolished. In the mid-19th century, the remaining buildings were in use as a workhouse, and by the 20th century Sissinghurst had declined to the status of a farmstead. In 1928 the castle was advertised for sale but remained unsold for two years.

The great Victorian novelist, Charles Dickens, had many connections with Kent, in particular, Chatham, Rochester and Broadstairs. Kent’s contribution to Britain’s naval past is remembered at the fascinating Chatham Historic Dockyard with 400 years of history.

Sir Winston Churchill, made his home at Chartwell – now a National Trust property.

Three Interesting Facts You May Not Know

In 1823, Broadstairs had a population of about 300 so absolutely tiny.

It was of considerable importance to the fishing trade with catches as far afield as Great Yarmouth, Hastings, Folkestone, Dover and Torbay and elsewhere being landed. It had become so indispensable that the corporations of Yarmouth, Dover, Hythe and Canterbury with assistance from the East India Company and Trinity House subscribed to its restoration with a payment of £2,000 (a huge sum of money at that time) in 1774. 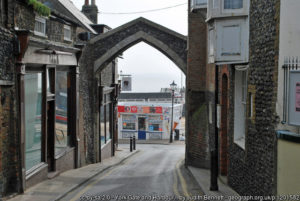 By 1795, York Gate needed repair to repel any threat from the French Revolutionary Wars. The subsequent renovation was undertaken by Lord Hanniker in the same year as the first light vessel was placed on the Goodwin Sands.

Landing at Thanet  Major Henry Percy of the 14th Dragoon Guards, on 21 June 1815 with the captured French eagle standard taken at Waterloo, a tunnel stairway from the beach to the fields on the cliff tops above was excavated, and christened “Waterloo Stairs” to commemorate the event.

Broadstairs was supposedly the first town in England to learn of this historic victory, although there is no written evidence of this.

Smuggling was an important industry in the area, and the men of Broadstairs and St Peter’s became very good at outwitting customs agents. This was very profitable because of the very high duty payable on tea, spirits and tobacco. There is a network of tunnels and caves strewn in the chalk strata which were used by smugglers to hide their contraband.

The Start of Tourism

By 1824 steamboats were becoming more common, having begun to make over from the hoys and sailing packets about 1814. These made trade with London much faster.

The familiar sailing boats took anything up to 72 hours to reach Margate from London, whereas the new steamships were capable of making at least nine voyages in this time

The Thanet boatmen were not keen, as the unrivalled speed of the steam packet was outmanoeuvring all other classes of vessel, but it brought a new prosperity to Thanet.

In the middle of the 19th century, the professional classes began to move in. By 1850, the population had reached about 3,000, doubling over the previous 50 years. Due to the fresh sea air, many convalescent homes for children opened towards the end of the 19th century.

The White Cliffs of Dover 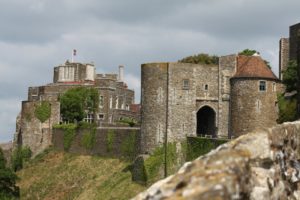 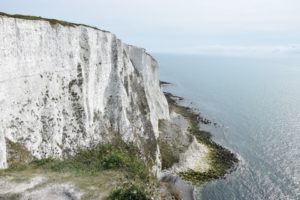 Dover faces France across the Strait of Dover, the narrowest part of the English Channel, and lies south-east of Canterbury and east of Maidstone. The Port of Dover, is one of the busiest in the UK.

Archaeological finds have revealed that the area has always been a focus for peoples entering and leaving Britain. The name derives from the River Dour that flows through it.

InPrint for over 33years, online for over 25-

YOU CAN TRUST OUR JUDGEMENT