Kent – the Garden of England – Why?

Why does Kent have that title ? we went to investigate ………… 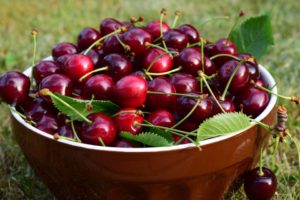 It’s a title supposedly given by King Henry VIII after enjoying a bowl of finest Kentish cherries.

Kent is much loved for its castles and gardens and rolling countryside, dominated by the North Downs, marching on to the White Cliffs of Dover.

Unusually this post is just covering one location, but its a big one – CANTERBURY

Along them, Pilgrims’ Way leads to the stunningly beautiful Canterbury Cathedral, the spiritual home of the Church of England.

Not only is it a historic English cathedral city but also a UNESCO World Heritage Site.

The Archbishop of Canterbury is the primate of the Church of England and the worldwide Anglican Communion owing to the importance of St Augustine, who served as the apostle to the pagan Kingdom of Kent around the turn of the 7th century. 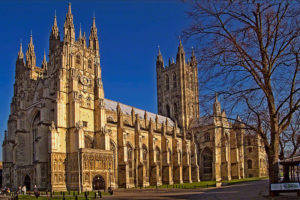 The city’s cathedral became a major focus of pilgrimage following the 1170 martyrdom of Thomas Becket, although it had already been a well-trodden pilgrim destination since the murder of St Alphege by the men of King Canute in 1012. A journey of pilgrims to Becket’s shrine served as the frame for Geoffrey Chaucer’s 14th century classic The Canterbury Tales.

Canterbury is a popular tourist destination: consistently one of the most-visited cities in the United Kingdom, and the city’s economy is heavily reliant upon tourism.

The city has been occupied since the Stone Age and served as the capital of the Celtic Cantiaci and Jute Kingdom of Kent. 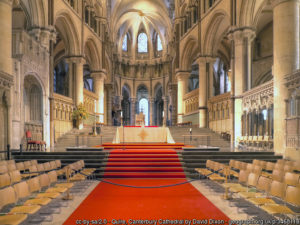 Many historical structures fill the area, including a city wall founded in Roman times and rebuilt in the 14th century, the ruins of St Augustine’s Abbey and a Norman castle, and the oldest extant school in the world, the King’s School. Modern additions include the Marlowe Theatre and the St Lawrence Ground, home of the Kent County Cricket Club.

There is also a substantial student population, brought about by the presence of the University of Kent, Canterbury Christ Church University, and the University for the Creative Arts, and the Girne American University Canterbury campus. Canterbury remains, however, a small city when compared with other British cities.

The Black Death hit Canterbury in 1348. At 10,000, Canterbury had the 10th largest population in England; by the early 16th century, the population had fallen to 3,000. In 1363, during the Hundred Years’ War, a Commission of Inquiry found that disrepair, stone-robbing and ditch-filling had led to the Roman wall becoming eroded. 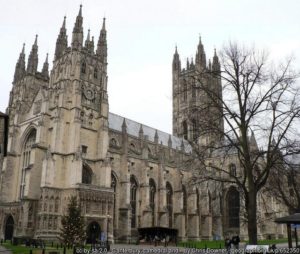 Between 1378 and 1402, the wall was virtually rebuilt, and new wall towers were added.

In 1381, during Wat Tyler’s Peasants’ Revolt, the castle and Archbishop’s Palace were sacked, and Archbishop Sudbury was beheaded in London.

Sudbury is still remembered annually by the Christmas mayoral procession to his tomb at Canterbury Cathedral. In 1413 Henry IV became the only sovereign to be buried at the cathedral.

In 1448 Canterbury was granted a City Charter, which gave it a mayor and a high sheriff; the city still has a Lord Mayor and Sheriff.

In 1504 the cathedral’s main tower, the Bell Harry Tower, was completed, ending 400 years of building.

The Westgate is the largest surviving city gate in England. It even survived a demolition attempt for a road-widening scheme in Victorian times.

During the Dissolution of the Monasteries, the city’s priory, nunnery and three friaries were closed. St Augustine’s Abbey, the 14th richest in England at the time, was surrendered to the Crown, and its church and cloister were levelled. The rest of the abbey was dismantled over the next 15 years, although part of the site was converted to a palace. 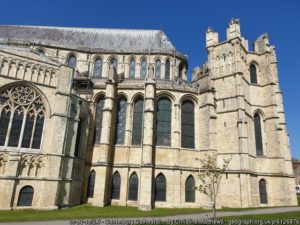 Thomas Becket’s shrine in the Cathedral was demolished and all the gold, silver and jewels were removed to the Tower of London, and Becket’s images, name and feasts were obliterated throughout the kingdom, ending the pilgrimages.

By the 17th century, Canterbury’s population was 5,000; of whom 2,000 were French-speaking Protestant Huguenots, who had begun fleeing persecution and war in the Spanish Netherlands in the mid-16th century. The Huguenots introduced silk weaving into the city, which by 1676 had outstripped wool weaving.

In 1620 Robert Cushman negotiated the lease of the Mayflower at 59 Palace Street for the purpose of transporting the Pilgrims to America.

In 1647, during the English Civil War, riots broke out when Canterbury’s puritan mayor banned church services on Christmas Day. The rioters’ trial the following year led to a Kent revolt against the Parliamentarian forces, contributing to the start of the second phase of the war. However, Canterbury surrendered peacefully to the Parliamentarians after their victory at the Battle of Maidstone.

We hope you enjoy our blogposts, if so please leave us a comment

REMEMBER – we’ve been around a while – IN PRINT OVER 33 YEARS, ONLINE OVER 25 -so we like to think we know what we are doing!!