Woolsthorpe Manor was the childhood home of Isaac Newton. 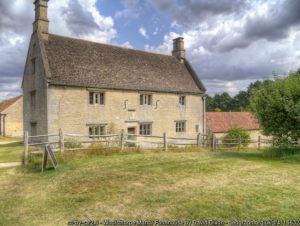 Located at  Woolsthorpe-by-Colsterworth, near Grantham, Lincolnshire, , is the birthplace and was the family home of Sir Isaac Newton. He was born there on 25 December 1642 . At that time it was a yeoman’s farmstead, principally rearing sheep. 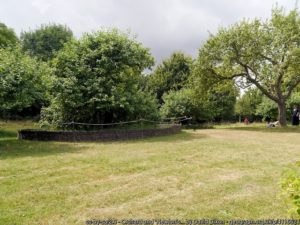 Newton returned here in 1666 when

Cambridge University closed due to the plague, and here he performed many of his most famous experiments, most notably his work on light and optics. This is also said to be the site where Newton, observing an apple fall from a tree, was inspired to formulate his law of universal gravitation.

Newton was a fellow of Trinity College and the second Lucasian Professor of Mathematics at the University of Cambridge.

Unusually for a member of the Cambridge faculty of the day, he refused to take holy orders in the Church of England. Beyond his work on the mathematical sciences, Newton dedicated much of his time to the study of alchemy and biblical chronology, but most of his work in those areas remained unpublished until long after his death.

Politically and personally tied to the Whig party, Newton served two brief terms as Member of Parliament for the University of Cambridge, in 1689–90 and 1701–02.

A visit to his once home gives an insight into the life and times of that period.