Hampshire is dominated by the South Downs and Winchester, the county town and former capital of England. The magnificent Winchester Cathedral houses novelist Jane Austen’s grave. Her home, at Chawton, is nearby. 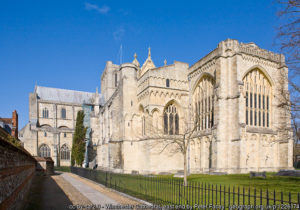 It is one of the largest cathedrals in Europe, with the greatest overall length of any Gothic cathedral.

It is the seat of the Bishop of Winchester and centre of the Diocese of Winchester. The cathedral is a Grade I listed building. 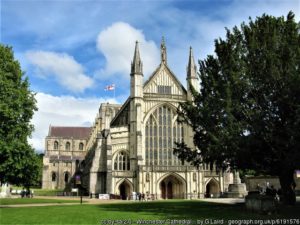 It’s a spectacular cathedral and you need to visit it.

WANT TO KNOW ABOUT B&B’S IN THE AREA ? – CLICK HERE FOR MORE INFO

Visit the Home of the Late Lord Mountbatten 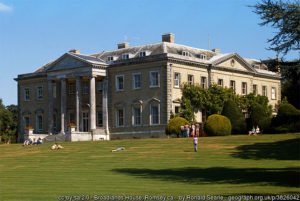 Drop down to the valley of the River Test, to Broadlands, Hampshire’s Georgian architectural gem. Lord Mountbatten, the last Viceroy of India, lived here. For many, Hampshire means the New Forest. Despite its name, this wildlife wonderland is one of the few remaining primeval oak woods. It was a popular hunting ground of Norman kings, and provided Henry VIII and other monarchs the wood for their ships.

Broadlands is a significant property, the formal gardens and historic landscape of Broadlands are Grade II* listed on the Register of Historic Parks and Gardens] the house itself is Grade I listed you know it’s something special 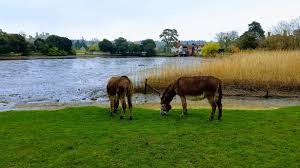 The original manor and area known as Broadlands has belonged to Romsey Abbey since before the Norman Conquest.

After the Dissolution of the Monasteries, Broadlands was sold to Sir Francis Fleming in 1547. His granddaughter married Edward St. Barbe, and the manor remained the property of the St. Barbe family for the next 117 years. Sir John St Barbe, 1st Baronet made many improvements to the manor but died without children having bequeathed it to his cousin Humphrey Sydenham of Combe, Dulverton.

When Sydenham was ruined by the 18th-century South Sea Bubble, he proceeded to sell Broadlands to Henry Temple, 1st Viscount Palmerston, in 1736. It was the latter who began the demoralisation of the gardens between the river and the house and produced the (broad-lands) “gentle descent to the river”.

In 1767, a major architectural “transformation” was begun by Capability Brown, the celebrated architect and landscape designer, and completed by architect Henry Holland, which led to making Broadlands the Palladian-style mansion seen today. Henry Temple, 2nd Viscount Palmerston had requested that Brown go there and seize upon the “capabilities” of the earlier Tudor and Jacobean manor house. Between 1767 and 1780, William Kent’s earlier “deformalising work” was completed, as well as further landscaping, planting, clearing and riverside work. 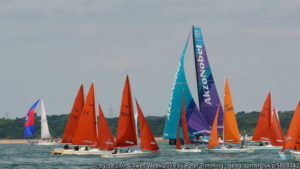 Gliding through the forest, the beautiful Beaulieu River takes us to The Solent, which we cross to Queen Victoria’s beloved Isle of Wight. The island’s jewel in the crown is Osborne House, Queen Victoria and Prince Albert’s favourite retreat.

And there’s Cowes, which hosts one of the world’s iconic The National Motor Museum, Beaulieu (originally the Montagu Motor Museum) is a museum in the village of Beaulieu, set in the heart of the New Forest, in the English county of Hampshire. 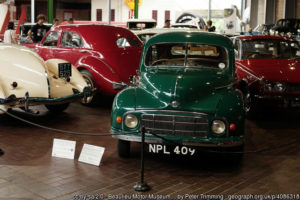 The museum was founded in 1952 by Edward Douglas-Scott-Montagu, 3rd Baron Montagu of Beaulieu, as a tribute to his father, who was one of the great pioneers of motoring in the UK, being the first person to drive a motor car into the yard of the Houses of Parliament, and having introduced King Edward VII (then the Prince of Wales) to motoring during the 1890s.

At first the museum consisted of just five cars and a small collection of automobile displayed in the front hall of Lord Montagu’s ancestral home, Palace House, but such was the popularity of this small display that the collection soon outgrew its home and was transferred to wooden sheds in the grounds of the house. The reputation and popularity of the Beaulieu collection continued to grow:

By 1964, annual attendance exceeded half a million and a decision was taken to create a purpose-built museum building in the grounds of the Beaulieu estate. 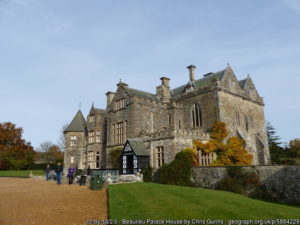 By 1972, the collection exceeded 300 exhibits. In a ceremony performed by the Duke of Kent the new purpose-built museum building in the parkland surrounding Palace House was opened on 4 July 1972: the name was changed to the “National Motor Museum”, reflecting a change of status from a private collection to a charitable trust and highlighting Montagu’s stated aim to provide Britain with a National Motor Museum “worthy of the great achievements of its motor industry”.

The opening of the museum coincided with the UK launch of the Jaguar XJ12 which made it an appropriate week for celebrating the UK motor industry. 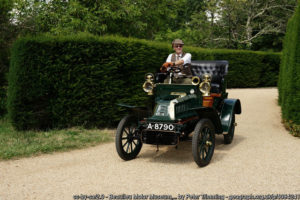 An unusual feature of the new museum building in 1972 is the National Motor Museum Monorail sing through its interior. This was inspired by the light railway running through the US Pavilion at the Montreal World’s Fair,

Situated on the banks of the Beaulieu River, the village was created in the early 18th century by the 2nd Duke of Montagu and is famed as the place where some of the ships of Nelsons fleet were built. 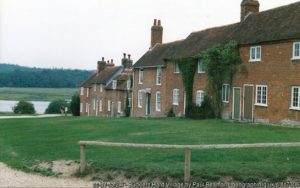 is one of the longest-running regular regattas in the world. With 40 daily sailing races, up to 1,000 boats, and 8,000 competitors ranging from Olympic and world-class 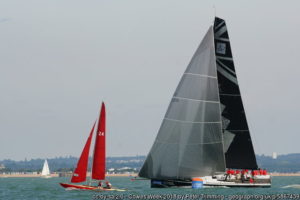 professionals to weekend sailors, it is the largest sailing regatta of its kind in the world. Having started in 1826[, the event is held in August each year on the Solent