Oxfordshire as a country really has a lot going for it and is ideal for a short break in beautiful countryside, visit the Cotswolds whilst you’re there and Blenheim Palace is a must 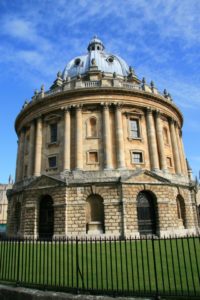 The Library in Oxford 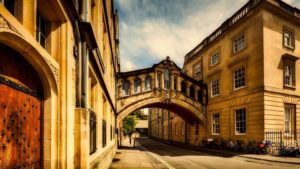 OXFORDSHIRE – explore Oxford, the ‘city of dreaming spires’ – Radcliffe Camera, Christ Church, Ashmolean Museum, Sheldonian Theatre and 36 colleges. Marvel at the Long Library and gardens of Blenheim Palace; travel the Vale of the White Horse and the Cotswolds; stroll through Burford and Great Tew and along the Isis and the Oxford Canal…and enjoy ‘jolly boating weather’ at Henley-on-Thames.

Here’s some ideas on where to stay   click here

The Oxford Canal is a 78-mile narrow canal  linking Oxford with Bedworth (between Coventry and Nuneaton on the Coventry Canal) via Banbury and Rugby. Completed in 1790, it connects to the River Thames at Oxford and is integrated with the Grand Union Canal

The canal was extremely important trading route  between the Midlands and London; i. Today the canal is frequently used in weekend and holiday narrowboat pleasure boating.

The Gateway to the Cotswolds 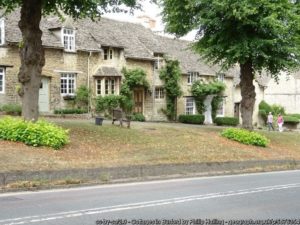 Typical houses and cottages around Burford

Burford  is a small medieval town on the River Windrush in the Cotswold hills in West Oxfordshire It is often referred to as the ‘gateway’ to the Cotswolds. Burford is located 18 miles  west of Oxford and 22 miles southeast of Cheltenham,

Burford Priory is a country house that stands on the site of a 13th-century Augustinian priory hospital. In the 1580s an Elizabethan house was built incorporating remnants of the building. 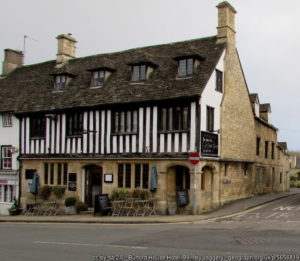 It was remodelled in Jacobean style, probably after 1637, by which time the estate had been bought by William Lenthall, Speaker of the House of Commons

After 1912 the house and later the chapel were restored for the philanthropist Emslie John Horniman, MP, by the architect Walter Godfrey

From 1949 Burford Priory was a convent  until  it was sold and is now now a private dwelling.

Possibly one of the most famous and grand   country houses in the whole country and is located  in Woodstock, Oxfordshire, 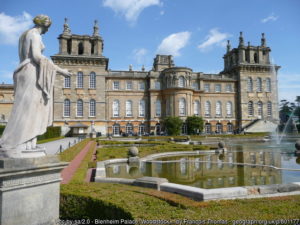 It is the principal residence of the Dukes of Marlborough, and the only non-royal, non-episcopal country house in England to hold the title of palace.

The palace, one of England’s largest houses, was built between 1705 and 1722, and designated a UNESCO World Heritage Site in 1987.

The palace is named for the 1704 Battle of Blenheim, and thus ultimately after Blindheim (also known as Blenheim) in Bavaria.

It was originally intended to be a reward to John Churchill, 1st Duke of Marlborough for his military triumphs against the French and Bavarians in the War of the Spanish Succession, culminating in the Battle of Blenheim. The land was given as a gift, and construction began in 1705, with some financial support from Queen Anne.

The project soon became the subject of political infighting, with the Crown cancelling further financial support in 1712, Marlborough’s three-year voluntary exile to the Continent, the fall from influence of his duchy and lasting damage to the reputation of the architect Sir John Vanbrugh.

Designed in the rare, and short-lived, English Baroque style, architectural appreciation of the palace is as divided today as it was in the 1720s 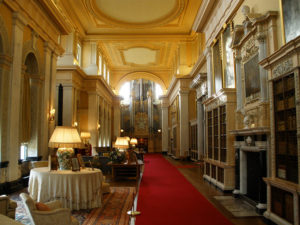 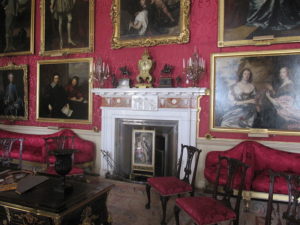 It is unique in its combined use as a family home, mausoleum and national monument. The palace is notable as the birthplace and ancestral home of Sir Winston Churchill.

Following the palace’s completion, it became the home of the Churchill (later Spencer-Churchill) family for the next 300 years, and various members of the family have made changes to the interiors, park and gardens.

At the end of the 19th century, the palace was saved from ruin by funds gained from the 9th Duke of Marlborough’s marriage to American railroad heiress, Consuelo Vanderbilt.

As of October 2016, the Marlboroughs still have to tender a copy of the French royal flag to the Monarch on the anniversary of the Battle of Blenheim as rent for the land that Blenheim Palace stands on.

The palace, park, and gardens are open to the public on payment of an entry fee

Separation of tourist entertainment attractions (the “Pleasure Gardens”) from the palace ensures that the atmosphere of a large country house is retained.

The palace is linked to the gardens by a miniature railway, the Blenheim Park Railway.

Lord Edward Spencer-Churchill, the brother of the current Duke, wished to feature a contemporary art programme within the historic setting of the palace where he spent his childhood. He founded Blenheim Art Foundation (BAF), a non-profit organisation, to present large-scale contemporary art exhibitions.

The public have free access to about five miles (8 km) of public rights of way through the Great Park area of the grounds, which are accessible from Old Woodstock and from the Oxfordshire Way, and which are close to the Column of Victory. 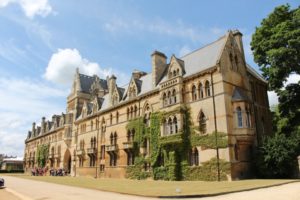 The city as everyone knows  is home to the University of Oxford, the oldest in the English-speaking world, and has buildings in every style of English architecture from late Anglo-Saxon.

The University of Oxford is first mentioned in 12th-century records. Of the hundreds of Aularian houses that sprang up across the city, only St Edmund Hall (c. 1225) remains.

What put an end to the halls was the emergence of colleges. Oxford’s earliest colleges were University College (1249), Balliol (1263) and Merton (1264). These colleges were established at a time when Europeans were starting to translate the writings of Greek philosophers. 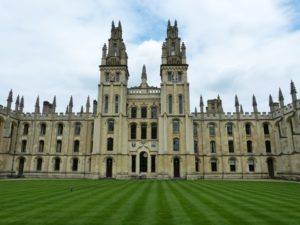 These writings challenged European ideology, inspiring scientific discoveries and advancements in the arts, as society began to see itself in a new way.

These colleges at Oxford were supported by the Church in the hope of reconciling Greek philosophy and Christian theology.

The relationship between “town and gown” has often been uneasy – as many as 93 students and townspeople were killed in the St Scholastica Day Riot of 1355. 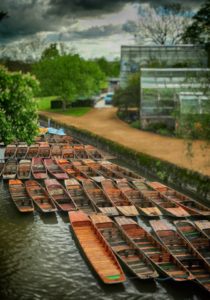 The sweating sickness epidemic in 1517 was particularly devastating to Oxford and Cambridge where it killed half of both cities’ populations, including many students and dons.

Christ Church Cathedral, Oxford is unique in combining a college chapel and a cathedral in one foundation.

Originally the Priory Church of St Frideswide, the building was extended and incorporated into the structure of the Cardinal’s College shortly before its refounding as Christ Church in 1546, since when it has functioned as the cathedral of the Diocese of Oxford.

The Oxford Martyrs were tried for heresy in 1555 and subsequently burnt at the stake, on what is now Broad Street, for their religious beliefs and teachings. The three martyrs were the bishops Hugh Latimer and Nicholas Ridley, and the archbishop Thomas Cranmer. The Martyrs’ Memorial stands nearby, round the corner to the north on St. Giles.

The first record of Henley is from 1179, when it is recorded that King Henry II “had bought land for the making of buildings”.

King John granted the manor of Benson and the town and manor of Henley to Robert Harcourt in 1199. 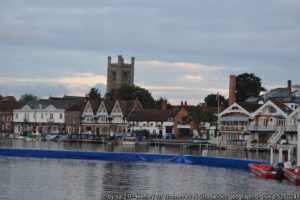 The existing Thursday market, it is believed, was granted by a charter of King John. A market was certainly in existence by 1269; however, the jurors of the assize of 1284 said that they did not know by what warrant the earl of Cornwall held a market and fair in the town of Henley.

The existing Corpus Christi fair was granted by a charter of Henry VI.

During the Black Death pandemic that swept through England in the 14th century, Henley lost 60% of its population.

By the beginning of the 16th century the town extended along the west bank of the Thames from Friday Street in the south to the Manor, now Phyllis Court, in the north and took in Hart Street and New Street.

To the west it included Bell Street and the Market Place. 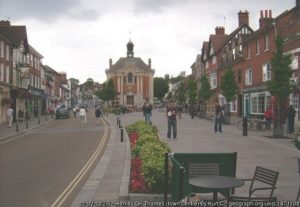 Henry VIII granted the use of the titles “mayor” and “burgess”, and the town was incorporated in 1568 in the name of the warden, portreeves, burgesses and commonalty.

The original charter was issued by Elizabeth I but replaced by one from George I in 1722.

Henley suffered at the hands of both sides  in the English  Civil War. Later, William III rested here on his march to London in 1688, at the nearby recently rebuilt Fawley Court, and received a deputation from the Lords.

The town’s period of prosperity in the 17th and 18th centuries was due to manufactures of glass and malt, and trade in corn and wool. Henley-on-Thames supplied London with timber and grain.

Henley is a world-renowned centre for rowing.

Each summer the Henley Royal Regatta is held on Henley Reach, a naturally straight stretch of the river just north of the town. It was extended artificially. The event became “Royal” in 1851, when Prince Albert became patron of the regatta 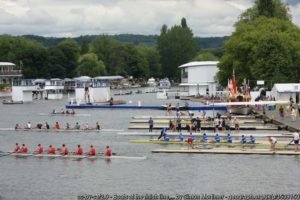