Polperro – The Cornish Fishing Village with a taste for Smuggling!

Pay a Visit to  a Cornish Fishing Village, many are very picturesque and offer great days out exploring and just soaking up the atmosphere. 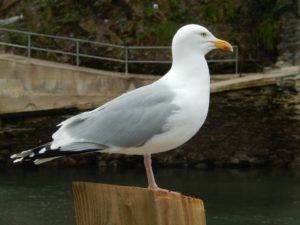 Take your pick from Fowey, Polruan, Polperro and Looe are all classic Cornish fishing villages thriving in the sheltered valleys that reach far inland. They point north to the wilderness of Bodmin Moor. Here is Jamaica Inn, made famous by Daphne du Maurier’s novel of smuggling and romance.

Polperro It is a noted tourist destination, particularly in the summer months, for its idyllic appearance with tightly-packed ancient fishermen’s houses which survive almost untouched, its quaint harbour and attractive coastline.

But in Days Gone bye Smuggling was Rife! 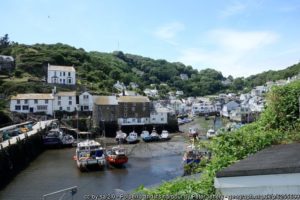 It reached its zenith in the late 18th century when Britain’s wars with America and France precipitated the high taxation of many imported goods, making it worthwhile for the local fishermen to boost their income by the  importation of spirits, tobacco and other goods from Guernsey and elsewhere.

By the late 18th century, much of the success of the smuggling trade through Polperro was controlled by Zephaniah Job, a local merchant who became known as the ‘Smugglers’ Banker’.

A more organised Coast Guard service was introduced in the 19th century together with the deterrent of stiff penalties, leading to much less smuggling. Part of the South West Coast Path was originally used by Revenue Officers as they patrolled the coast in search of smugglers. 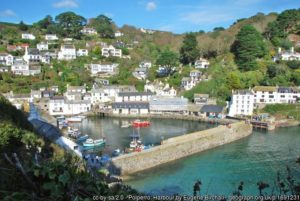 Whilst the South West Coast Path is maintained by the National Trust, the foreshore belongs to the Duchy of Cornwall.

Tourism became Polperro’s main industry during the 20th century. The village is accessible by air via Plymouth or Newquay,and  by train via Looe railway station.

The village’s quaint but narrow streets make driving difficult. There are horse and cart rides and milk floats disguised as trams for those who prefer not to walk.

The village has several restaurants as well as seven pubs.

Fancy a stay in or near Polperro ?

Then click on this link to our best B&B’s in the area!