STAFFORDSHIRE – Enjoy The Potteries, the Ancient Cave Houses of Kinver & So Much More!

STAFFORDSHIRE  – The Ideal Location for a week away. 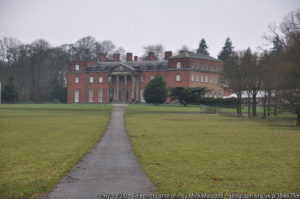 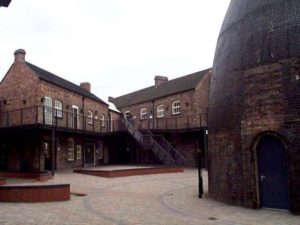 The Staffordshire Potteries was the industrial area encompassing the six towns, Tunstall, Burslem, Hanley, Stoke, Fenton and Longton and they now make up the city of Stoke-on-Trent

North Staffordshire became a centre of ceramic production in the early 17th century, due to the local availability of clay, salt, lead and coal. 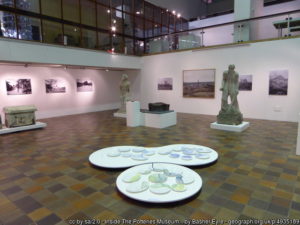 Hundreds of companies produced all kinds of pottery, from tablewares and decorative pieces to industrial items. The main pottery types of earthenware, stoneware and porcelain were all made in large quantities, and the Staffordshire industry was a major innovator in developing new varieties of ceramic bodies such as bone china and jasperware, as well as pioneering transfer printing and other glazing and decorating techniques.

By the late 18th century North Staffordshire was the largest producer of ceramics in Britain, despite significant centres elsewhere. 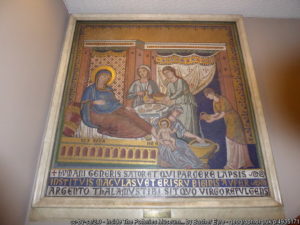 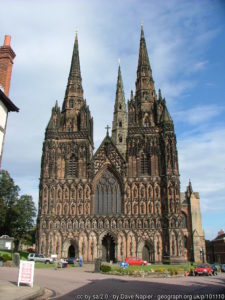 Production had begun to decline in the late 19th century, as other countries developed their industries, and declined steeply after World War II. Some production continues in the area, but at a fraction of the levels at the peak of the industry.

a cathedral city notable for its three-spired medieval cathedral.

Lichfield was the birthplace of Samuel Johnson, the writer of the first authoritative Dictionary of the English Language.

In 2009, the Staffordshire Hoard, the largest hoard of Anglo-Saxon gold and silver metalwork, was found south-west of Lichfield. 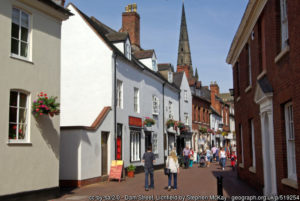 Today, the city still retains its old importance as an ecclesiastical centre, The centre of the city has over 230 listed buildings (including many examples of Georgian architecture), and preserves much of its historic character.

Kinver Edge is a high heath and woodland escarpment just west of Kinver, about four miles west of Stourbridge, and four miles north of Kidderminster, It is now owned by the National Trust.

There are two Iron Age hillforts on Kinver Edge the larger one Kinver Edge Hillfort, is at the northern end, while the other is at the southern end, on a promontory known as Drakelow Hill.

The area has been a popular local tourist destination since Edwardian times, when an electric tramway, the Kinver Light Railway, connected Kinver to the Birmingham tram system. 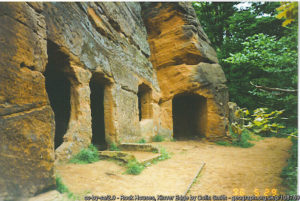 The National Trust was given 198 acres of Kinver Edge in 1917 by the children of Thomas Grosvenor Lee, a Birmingham Solicitor born in Kinver, The Trust acquired a further 85 acres between 1964 and 1980. 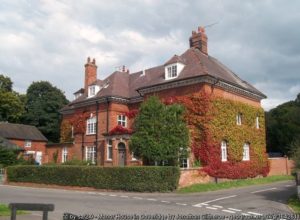 Manor House in Doveridge a Magnificent 19th century Manor House, once the home of the Hammersley family who, it is believed  had links with the potteries and the Quakers. 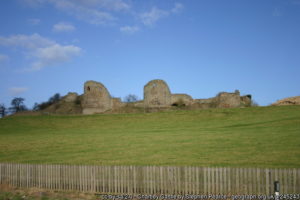 The remains of the castle and associated earthworks are a Scheduled Monument, the site having been protected since 1925.The castle itself is a Grade II listed building

The motte and bailey castle was built by one of the early Earls of Chester, about 1100, as a safe stop-over for their journeys to places such as Tutbury.

It was rebuilt in 1220 by Ranulph de Blondeville, 4th Earl of Chester, who died in 1232. It then passed by marriage to William de Ferrers, 5th Earl of Derby. It remained in the Ferrers family for more than 200 years, and in 1453, passed to Walter Devereux, through his wife Anne de Ferrers, the Ferrers heiress.

The castle was then abandoned as a residence, and Chartley Manor, a moated and battlemented timber mansion, was built nearby.

Mary, Queen of Scots was a prisoner in this manor house. It was destroyed by fire in 1781. What is now known as Chartley Manor was in fact known as “Chartley Manor Farm” until the 1980s.

So there you have just a snippet of Staffordshire, there’s a diverse range of history to see and its well worth a long weekend break. Click here for a selection of B&Bs in Staffordshire