Truro – The Jewel In Cornwall’s Crown

There’s so much that the UK has to offer as a holiday and mini break destination, and I have to be honest & say that I’ve neglected the UK for some years in favour of sunnier climes. But I now plan to to discover or re discover some of the beauty spots and historical landmarks that are right under our noses and I’m starting in Cornwall. 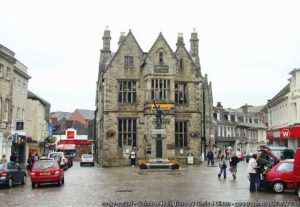 The city is famous for its ancient, cobbled and narrow streets with a range of stunning architecture featuring Gothic and Georgian styles it’s one of the central hubs in Cornwall, with great independent shops, a rich history, highly great restaurants and a great variety of events on offer, there is plenty to do while you are there.

The name Truro is claimed to come from the Cornish word ‘Tri-ver’ which means three rivers. The Kenwyn, the Allen and the Tinney rivers come together to form the Truro River.

It’s the only City in Cornwall

It gained the city status in 1877, but the building of the cathedral didn’t begin until three years later. Truro’s location allows visitors to only ever be a short drive to the heritage coast, surrounding countryside and idyllic villages.

So for many it’s the ideal holiday location especially as its climate makes for. fewer extremes in temperature than in the remainder of England, marked by high rainfall, cool summers and mild winters with infrequent frosts, for many the ideal holiday environment

For a city, the population of Truro is small at just under 20,000; comparatively the nearby town of Falmouth has the larger population of 22,000. Many residents are over 60 and it’s become a popular location for retirement especially with its mild weather especially in the winter

But if you’re just after a short relaxing weekend break Truro is ideal – wander the cobbles streets, take in a light lunch at one of the many restaurants in the town, visit the cathedral which I must say well worth a visit and then walk off that lunch with a stroll along the coastline taking in the superb views.

Need so idea for accommodation check these out