Visit BEDFORDSHIRE – There’s So Much to See & Do.

Home » Bed & Breakfast News » Bed and Breakfast Blog » Visit BEDFORDSHIRE – There’s So Much to See & Do.

you are really spoilt for choice believe me when you visit Bedfordshire, its a great county with loads to see, here’s just a brief selection to get you interested and thinking about a short trip away to this great part of the UK.

Woburn Abbey – one of the first English stately homes to be opened to the public – with its safari park. 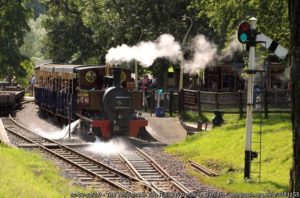 The 2 main towns of significance in size are Luton and the county town, which is Bedford

Bedford Castle or more correctly its remains is worth a brief visit. It was a large medieval castle Built after 1100 by Henry I,

Henry III of England besieged the castle in 1224 following a disagreement the siege lasted eight weeks and when r the surrender came the king ordered its destruction.

Although partially refortified in the 17th century during the English Civil War, the castle remained a ruin until the urban expansion in Bedford during the 19th century, when houses were built across much of the property. Today only part of the motte still stands, forming part of an archaeological park built on the site

Did You Know – Traditional dishes

The “Bedfordshire clanger” is a local dish consisting of a suet crust pastry filled with meat in one end and jam in the other. 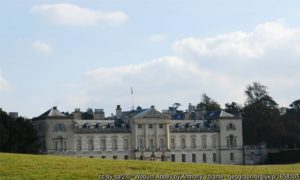 Woburn Abbey is the family seat of the Duke of Bedford. And really is a tremendous visitor attraction for all age groups, there’s so much to see and do, no one can not enjoy a visit.

Although it is still a family home to the current duke, it is open on specified days to visitors, along with the diverse estate surrounding it, including the historic landscape gardens and deer park (designed by Humphry Repton), as well as attractions including Woburn Safari Park, a miniature railway and a garden/visitor centre.

Woburn Abbey, comprising Woburn Park and its buildings, was set out and founded as a Cistercian abbey in 1145.[4] Taken from its monastic residents by Henry VIII and given to John Russell, 1st Earl of Bedford, in 1547,

It became the seat of the Russell family and the Dukes of Bedford.

Anna Russell, Duchess of Bedford, originated the afternoon tea ritual in 19th-century England. So we all 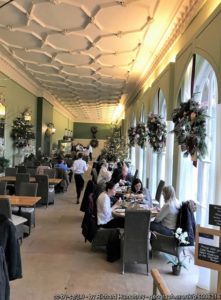 have her to blame for that!

A vision for the future

Following World War II, dry rot was discovered and half the Abbey was forced to be demolished. .

When the 12th Duke died in 1953, his son the 13th Duke was exposed to heavy death duties and the Abbey was a half-demolished, half-derelict house.

The Duke made a brave decision and instead of handing the family estates over to the National Trust as many of his contermpories had been forced to do, he kept ownership and opened the Abbey to the public for the first time in 1955.

Not exactly what a member of the aristocracy does! But his forethought has ensured that Woburn stays as a family home.

It soon gained in popularity as other amusements were added, including Woburn Safari Park on the grounds of the Abbey in 1970.

What Will Our Contempories – The other Aristocrats say?

Asked about the unfavourable comments by other aristocrats when he turned the family home into a safari park, the 13th Duke said, “I do not relish the scorn of the peerage, but it is better to be looked down on than overlooked.”

In the early 1990s, the Marquis and The Tussauds Group planned to turn the Abbey into a large theme park with the help of John Wardley, creator of the roller coasters “Nemesis” and “Oblivion”.

However, Tussauds bought Alton Towers and built one there instead.

On the death of the 14th Duke, his son Andrew became the 15th Duke, and continues running the Woburn Abbey Estate.

Visit the House – The Art is Amazing!

The art collection of the Duke of Bedford is amongst the finest in private hands, and encompasses a wide range of western artwork.

The holdings comprise some 250 paintings, including works by Rubens, Van Dyck, Canaletto and Velasquez.

And include examples of the most expensive manufacturers of furniture, French and English in many periods, and a diverse collection of porcelain and silverware.

If You Love Animals Then Visit Whipsnade 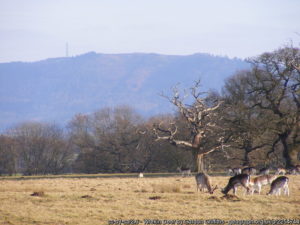 Whipsnade Zoo, is another great place to visit whatever age you are  formerly known as Whipsnade Wild Animal Park,

. It is one of two zoos (the other being Regent’s Park, London) that are owned by the Zoological Society , a charity devoted to the worldwide conservation of animals and their habitats.

Due to its size, inside the park, visitors can walk, use the zoo’s bus service, or drive their own cars between the 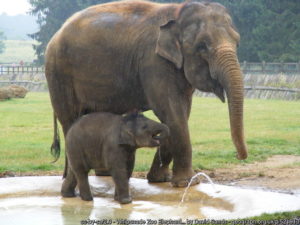 various animal enclosures, or through an ‘Asian’ area where some animals are allowed to roam free around the cars, this is a terrific experience especially for children being able to see animals up front and personal.

It enjoys the status of being the  UK’s largest zoo and one of Europe’s largest wildlife conservation parks. It is home to 3,626 animals, many of which are endangered in the wild. 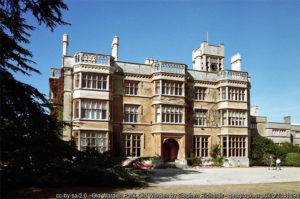 A Truly Amazing Collection of Aircraft

The R101 airship disaster memorial is at Cardington and the Shuttleworth Collection of aircraft is at Old Warden Park.

It is one of the most prestigious in the world due to the variety of old and well-preserved aircraft.

The collection was founded in 1928 by aviator Richard Ormonde Shuttleworth. While flying a Fairey Battle at night on 2 August 1940, Shuttleworth fatally crashed.

His mother, in 1944, formed the Richard Ormonde Shuttleworth Remembrance Trust

Restoration and maintenance work is carried out by a staff of nine full-time and many volunteer engineers. These volunteers are all members of the 3,000-strong Shuttleworth Veteran Aeroplane Society These dedicated enthusiasts are crucial to the preservation and restoration of the collection.

So if you want more information just contact us