Windsor Castle is as we all know a royal residence.

The original castle was built in the 11th century after the Norman invasion of England by William the Conqueror. Since the time of Henry I, it has been used by the reigning monarch and is the longest-occupied palace in Europe.

The castles lavish early 19th-century State Apartments were described by the art historian Hugh Roberts as “a superb and unrivalled sequence of rooms widely regarded as the finest and most complete expression of later Georgian taste”. 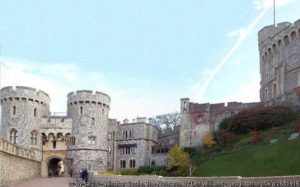 Inside the castle walls is the 15th-century St George’s Chapel, considered by the historian John Martin Robinson to be “one of the supreme achievements of English Perpendicular Gothic” design

Originally designed to protect Norman dominance around the outskirts of London and oversee a strategically important part of the River Thames, Windsor Castle was built as a motte-and-bailey, with three wards surrounding a central mound.

Gradually replaced with stone fortifications, the castle withstood a prolonged siege during the First Barons’ War at the start of the 13th century.

Henry III built a luxurious royal palace within the castle during the middle of the century, and Edward III went further, rebuilding the palace to make an even grander set of buildings in what would become “the most expensive secular building project of the entire Middle Ages in England

Edward’s core design lasted through the Tudor period, during which Henry VIII and Elizabeth I made increasing use of the castle as a royal court and centre for diplomatic entertainment. 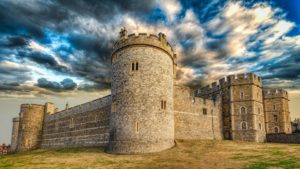 Windsor Castle survived the tumultuous period of the English Civil War, when it was used as a military headquarters by Parliamentary forces and a prison for Charles I.

At the Restoration of the monarchy in 1660, Charles II rebuilt much of Windsor Castle creating a set of extravagant Baroque interiors that are still admired.

After a period of neglect during the 18th century, George III and George IV renovated and rebuilt Charles II’s palace at colossal expense, producing the current design of the State Apartments, full of Rococo, Gothic and Baroque furnishings.

Queen Victoria made a few minor changes to the castle, which became the centre for royal entertainment for much of her reign.

Windsor Castle was used as a refuge by the royal family during the Luftwaffe bombing campaigns of the Second World War and survived a fire in 1992. It is a popular tourist attraction, a venue for hosting state visits, and the preferred weekend home of Elizabeth II.

Other Great Attractions in Berkshire

The Kennet and Avon Canal with an overall length of 87 miles , made up of two lengths of navigable river linked by a canal. 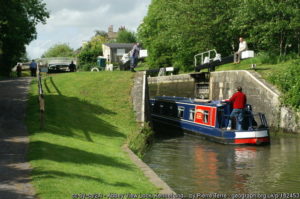 Have fun opening and closing the locks on your journey!

The name is commonly used to refer to the entire length of the navigation rather than solely to the central canal section. From Bristol to Bath the waterway follows the natural course of the River Avon before the canal links it to the River Kennet at Newbury, and from there to Reading on the River Thames.

In all, the waterway incorporates 105 locks. 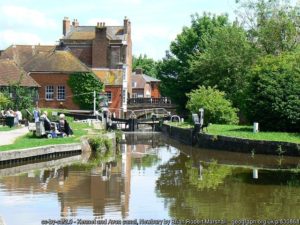 The two river stretches were made navigable in the early 18th century, and the 57-mile  canal section was constructed between 1794 and 1810. In the late 19th and early 20th centuries, the canal gradually fell into disuse after the opening of the Great Western Railway.

In the latter half of the 20th century the canal was restored in stages, largely by volunteers. After decades of dereliction and much restoration work, it was fully reopened in 1990.

The Kennet and Avon Canal has been developed as a popular heritage tourism destination for boating, canoeing, fishing, walking and cycling, and is also important for wildlife conservation.

And don’t forget these other important attractions, that are sure to appeal 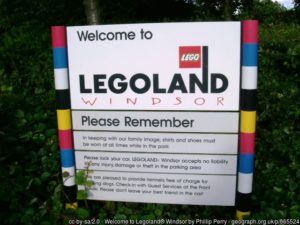 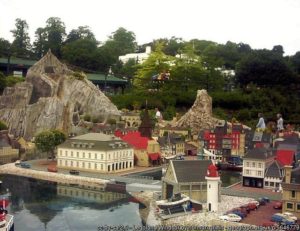 Legoland – The children just love it!

The park opened on 17 March 1996 on the former Windsor Safari Park site as the second LEGOLAND after LEGOLAND Billund in Denmark.

In common with the other LEGOLAND’s across the world, the park’s attractions consist of a mixture of Lego-themed rides, models, and building workshops. The park is really popular with young primary school age children and has enjoyed huge visitor numbers for many years making it the second most visited theme park in the United Kingdom and the 10th-most visited in Europe.

Situated on Magna Carta Island, the original house was built by George Simon Harcourt in 1834 to commemorate the signing of Magna Carta in 1215. It has a large, early 20th century extension. But do bear in mind the document was not “signed” as we know it – Royalty just used their seals in wax to mark it. 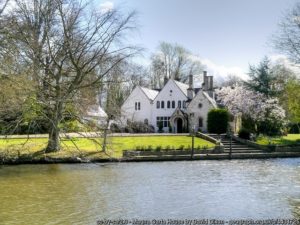 We have been promoting and serving the B&B Community for over 33 years if you want help, advice – just give us a call