To the north is Dark Peak – heather clad moorland. To the south is White Peak – gently rolling hills.

Edale is the scenic start of the 250-mile Pennine Way, which takes in Kinder Scout – the highest point in the park. The stunning, natural beauty of Dovedale is a foil to nearby Cromford, where the Industrial Revolution met the countryside. 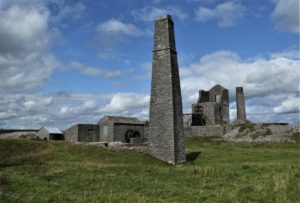 To the Derbyshire spa town of Buxton and its opera house, known as ‘the theatre in the hills’. Then on to Arbor Low – or ‘Stonehenge of the north’ – with its ancient stone circle.

Set in a disused quarry, Crich Tramway Village is a recreated period village bringing trams from around the world back to life.

FANCY A BREAK AWAY IN DERBYSHIRE ?

For many, Derbyshire is synonymous with Chatsworth 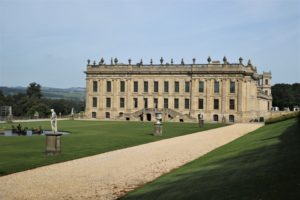 This Baroque gem and its fabulous gardens are overlooked by the amazing Cascade. Hardwick Hall is one of the most splendid houses in England, vying with Haddon Hall and Renishaw Hall.

Derbyshire is just as spectacular below ground. Visit Blue John Cavern or take a boat trip through Speedwell Cavern. Then, if you have a head for heights, take a cable car trip to the Heights of Abraham, above Matlock, with its pleasure park, caves and nature trails.

Not to be confused with Bakewell tart.

Here’s its story – Myth or Legend – You decide!!

Bakewell pudding is an English dessert consisting of a flaky pastry base with a layer of sieved jam and topped with a filling made of egg and almond paste.

The pudding originated in the Derbyshire town of Bakewell. The origins of the pudding are not clear, but a common story is that it was first made by accident in 1820 by Mrs Greaves, who was the landlady of the White Horse Inn (since demolished).

She supposedly left instructions for her cook to make a jam tart. The cook, instead of stirring the eggs and almond paste mixture into the pastry, spread it on top of the jam.

When cooked, the egg and almond paste set like an egg custard, and the result was successful enough for it to become a popular dish at the inn.

The Pennine Way is a National Trail in England, with a small section in Scotland. The trail runs 268 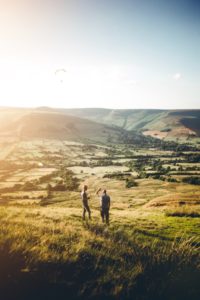 miles from Edale, in the northern Derbyshire Peak District, north through the Yorkshire Dales and the Northumberland National Park and ends at Kirk Yetholm, just inside the Scottish border. The path runs along the Pennine hills, sometimes described as the “backbone of England

It is according to the Ramblers’ Association “one of Britain’s best known and toughest”.

The path was the idea of the journalist and rambler Tom Stephenson, inspired by similar trails in the United States of America, particularly the Appalachian Trail.

Stephenson proposed the concept in an article for the Daily Herald in 1935, and later lobbied Parliament for the creation of an official trail. The walk was originally planned to end at Wooler but eventually it was decided that Kirk Yetholm would be the finishing point.

The final section of the path was declared open in  1965.

Before the official opening of the Pennine Way the British Army was invited to test the whole route, a task which they accomplished in one day. Junior soldiers from the Junior Tradesman’s Regiment of the Army Catering Corps, based in Aldershot, were split into patrols of four or five and each was allocated an approximately 15-mile section of the walk.

A report was then provided on the signage and route feasibility.

The Pennine Way celebrated its 50th anniversaryv back in  April 2015

Chatsworth House is the seat of the Duke of Devonshire; it has been home to the Cavendish family since 1549. It has important collections of paintings, furniture, Old Master drawings, neoclassical sculptures, books and other artefacts.

Its Absolutely Stunning to view from afar 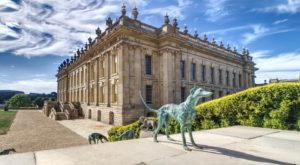 Standing on the east bank of the River Derwent, Chatsworth looks across to the low hills that divide the Derwent and Wye valleys.

Chatsworth House is built on sloping ground, lower on the north and west sides than on the south and east sides. The original Tudor mansion was built in the 1560s by Bess of Hardwick in a quadrangle layout,  with a large central courtyard.

The main entrance was on the west front, which was embellished with four towers or turrets, and the great hall in the medieval tradition was on the east side of the courtyard, where the Painted Hall remains the focus of the house to this day.

In 1981, the trustees of the Chatsworth Settlement, owners of the house, created a new charitable trust, The Chatsworth House Trust. The intention was to preserve the house and its setting for “the benefit of the public.

The new trust was granted a 99-year lease; this covered the house, its principal contents, grounds, precincts and adjacent forestry, a total of 1,822 acres

The Duke pays a market rent for the use of his private apartments in the house. The cost of running the house and grounds is around £4 million a year.

Here’s just some terrific views over the countryside – Derbyshire is just such an amazing county to experience our English Heritage. 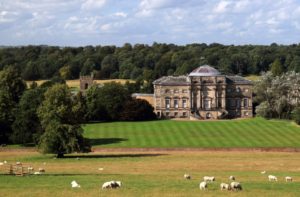 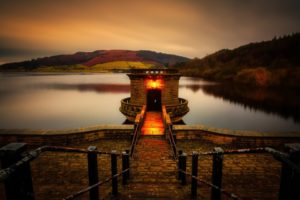 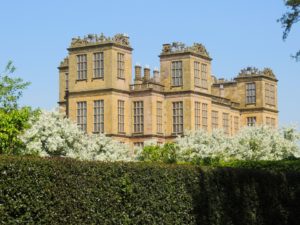 An architecturally significant Elizabethan country house and a leading example of the Elizabethan prodigy house.

Built between 1590 and 1597 for the formidable Bess of Hardwick, it was designed by the architect Robert Smythson, an exponent of the Renaissance style of architecture.

Hardwick Hall is one of the earliest examples of the English interpretation of this style, which came into fashion having slowly spread from Florence.

Its arrival in Britain coincided with the period when it was no longer necessary or legal to fortify a domestic dwelling. Ownership of the house was transferred to the National Trust in 1959.

It is fully open to the public  and well worth a visit containing a large collection of embroideries, mostly dating from the late 16th century, many of which are listed in the 1601 inventory.

Some of the needlework on display in the house incorporates Bess’s monogram “ES”, and may have been worked on by Bess herself.

There is a large amount of fine tapestry and furniture from the 16th and 17th centuries. A remarkable feature of the house is that much of the present furniture and other contents are listed in that inventory dating from 1601.

The Sea Dog Table is an especially important piece from around 1600, and the Eglantine Table has an inlaid top of interest to musical historians.

It has a fine garden. The extensive grounds also contain Hardwick Old Hall, a slightly earlier house which was used as guest and service accommodation after the new hall was built.

It is now a ruin. It is administered by English Heritage on behalf of the National Trust and is also open to the public. Many of the Old Hall’s major rooms were decorated with ambitious schemes of plasterwork, notably above the fireplaces. 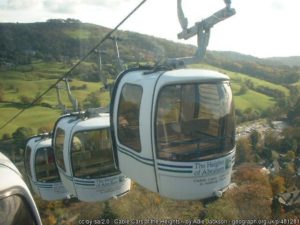 The Heights of Abraham in Matlock Bath

Its a fascinating hilltop park on top of Masson Hill, accessed from the village by either the Heights of Abraham cable car or a steep zig-zag path.

The heights are named after a supposed resemblance to the Plains of Abraham, also known as the Heights of Abraham, in Quebec, Canada, where James Wolfe died in battle.

Amongst the attractions in the park, which has been open since Victorian times, are cavern and mine tours. There are also views of the dramatic scenery of the valley of the River Derwent.

There are two caves at the Heights of Abraham, the Great Masson Cavern and the Great Rutland Cavern, both previously mined for Lead ore and Fluorspar .

It is thought that lead mining in this area began in Roman times and reached its peak in the 1700s. As deposits began to dwindle, and cheaper lead was imported in the 1800s, the miners found a far more lucrative use for the caves as tourist attractions; in the process of excavation a large network of caverns and passageways were created which wealthy visitors would now pay to see.

Today there are regular guided tours to retrace the miner’s footsteps with a nearby exhibition of photography, fossils and an information film, explaining the cave’s history

The Victoria Prospect Tower was built in 1844 to celebrate the reign of Queen Victoria.

From the top of the tower, and from the adjacent amphitheatre, there are panoramic views of the valley of the River Derwent, the spa town of Matlock Bath and the nearby Riber Castle and Willersley Castle.

A more modern viewing platform is Tinker’s Shaft, which provides valley views as well as a vertical view into the Great Masson Cavern. Its a really great trip to do