Haddon Hall – Bakewell: Sits like a jewel in its Elizabethan terraced gardens, and overlooking the River Wye 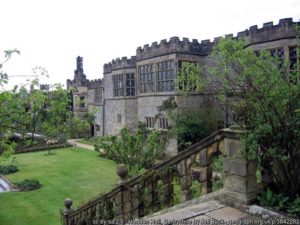 Haddon Hall, the private residence of Lord and Lady Edward Manners, is set in the Peak District in the valley of the River Wye.

With nine hundred years of history, it is one of the oldest houses in the country and moreover one of the only houses in England to have remained in one family’s ownership for its entire existence. 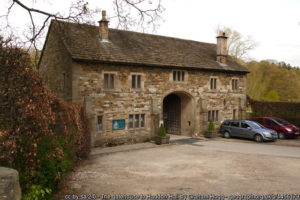 This extraordinary period, when time stood still in the Hall, allowed it to remain unaltered during the modernising period of the Georgians and Victorians. So venturing into Haddon is like stepping back in time, since from the 1700s the family preferred to live at their main seat, Belvoir Castle in Leicestershire.

The Medieval Banqueting Hall remains furnished with its original Dais table, behind which hangs a tapestry gifted to the family by visiting Henry VIII.

In contrast to the Tudor and Medieval Rooms below, the light and airy first floor Elizabethan rooms culminate in the spectacular 110ft Robert Smythson designed Long Gallery; reputed to be one of the most beautiful rooms in England. 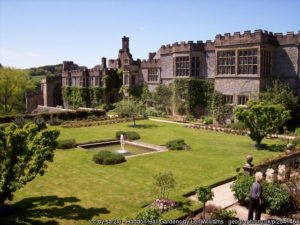 The terraced Elizabethan Walled Gardens, known for their beauty and structure, cascade down to the River Wye and providing spectacular views of the ancient parkland and Peak District beyond.  Recently re-designed by Chelsea Award winning garden designer, Arne Maynard, these make for an equally important part of any visit to the Hall.

Even though Haddon is of a sturdy construction and has admirably withstood the test of time, restoration work on the Hall is an ongoing process largely made possible by income from visitors.

The most noticeable recent repairs have been to the stonework of some of the windows made necessary by the long-term effect of weather, and corrosion of the wrought iron glazing bars. 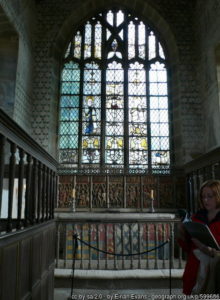 Following the restoration of three 15th Century windows in the Chapel, completed in 2004, work began on windows in the Long Gallery and Ante-Room, overlooking the upper courtyard.

This was a delicate project carried out by local stonemason, R.M. Eaton Stonemasonry, with the intricate stonework being exactly copied, using local Derbyshire sandstone, in the same perpendicular style and carefully lime mortared back into position.

The windows were carefully removed, and after assessment and taking a rubbing of each panel, each piece of glass was dismantled, gently cleaned, and then re-leaded. Some of the ancient, olive-green ‘quarries’ or diamond-shaped panels were less than a millimetre thick.

This project was completed in 2015, but restoration work then continued throughout 2017 and 2018, focussed on the masonry of the Duke’s Tower and the tower above the entrance to the Banqueting Hall.

Over a number of years we have also undertaken a programme of applying UV filter membrane to the inside of both the new windows and other windows in the building, to help protect the precious furniture and tapestries in the rooms. 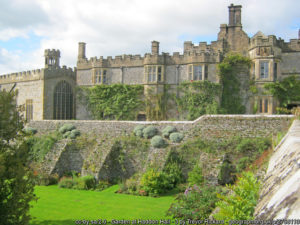 However, in a building like Haddon Hall, there is always further work to be undertaken and from the autumn of 2019 and into 2020 we shall begin work on the wonderful East Chancel Window in the Chapel.

This project will progress through similar stages to the Long Gallery and Ante-Room windows, requiring the careful and delicate removal of the fine glass prior to the careful replication of the stone tracery by our stonemason.

This window, however, includes beautiful stained glass images, once vandalised during the 19th century, which will require meticulous and very specialised restoration. We are hugely excited to begin this project, made possible with the generous support of the Historic Houses Foundation