Visit Hertfordshire and Be Inspired, History, Countryside and So Much More!

Home » Bed & Breakfast News » Bed and Breakfast Blog » Visit Hertfordshire and Be Inspired, History, Countryside and So Much More! 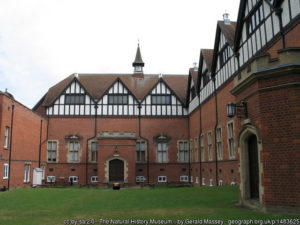 The Natural History Museum at Tring was once the private museum of Lionel Walter, 2nd Baron Rothschild, and is located in the grounds of the former Rothschild family home of Tring Park.
The building was constructed in 1889 to house his collection of mounted specimens and first opened to the public in 1892. The Rothschild family gave the Museum and its contents to the nation in 1937.

Lionel Walter bred hybrids between zebras and horses (zebroids) and a hybrid foal is on display. 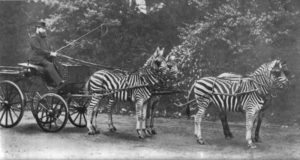 He was frequently seen riding a zebra-drawn carriage. The museum’s Zebra Cafe alludes to Lord Rothschild’s love of zebras and has photographs of his trained zebras harnessed to open carriages.

Shaw’s Corner was the primary residence of the renowned Irish playwright George Bernard Shaw; now a National Trust property open to the public as a writer’s house museum.Inside the house, the rooms remain much as Shaw left them, and the garden and Shaw’s writing hut can also be visited.

The house is an Edwardian Arts and Crafts-influenced structure situated in the small village of Ayot St Lawrence, 6 miles from Welwyn Garden City

Built as the new rectory for the village during 1902, the house was his home  from 1906 until his death in 1950. It was designed by local architects and local materials were used in its construction. 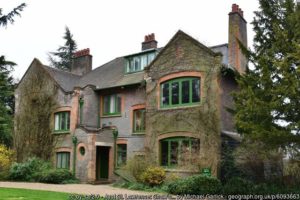 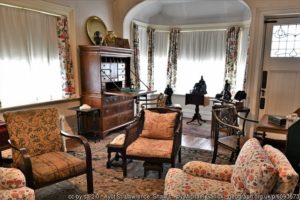 The Church of England decided that the house was too large for the size of the parish, and let it instead. Shaw and his wife Charlotte Payne-Townshend relocated there in 1906, and eventually bought the house and its land in 1920, paying £6,220.

At the same time the garden was extended and Shaw bought land from his friend Apsley Cherry-Garrard.

Shaw is known to have written many of his major works in a secluded, home-built revolving hut located at the bottom of his garden.

The tiny structure of only 64 square feet, was built on a central steel-pole frame with a circular track so that it could be rotated on its axis to follow the arc of the Sun’s light during the day.
After Shaw and his wife’s deaths, their ashes were taken to Shaw’s Corner, mixed and then scattered along footpaths and around the statue of Saint Joan in their garden. 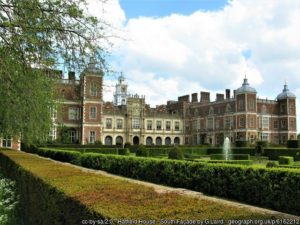 Hatfield House is a magnificant country house set in extensive  parkland, The present Jacobean house, a leading example of the prodigy house, was built in 1611 by Robert Cecil, 1st Earl of Salisbury and Chief Minister to King James I, and has been the home of the Cecil family ever since.

The house, currently the home of Robert Gascoyne-Cecil, 7th Marquess of Salisbury, is open to the public. 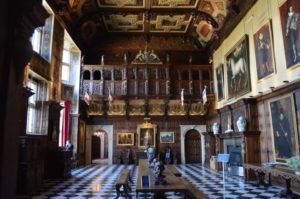 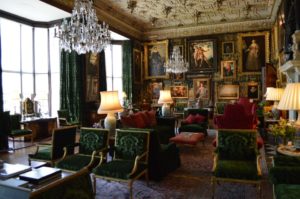 Hatfield House is a popular tourist attraction because it has so many objects associated with Queen Elizabeth I, including gloves and a pair of silk stockings that are believed to have been the first in England.

The library displays a 22-foot  long illuminated parchment roll showing the pedigree of the queen with ancestors back to Adam and Eve. The Marble Hall holds the “Rainbow Portrait” of Elizabeth.

The film credits associated with the property are massive, here’s just some of the high profile ones!

• The hall and staircase were used in the 1984 film Greystoke:
The Legend of Tarzan, Lord of the Apes.
• Portions of the house and exterior were used in the 1992 film Orlando, starring Tilda Swinton as Orlando, Billy Zane as Marmaduke Bonthrop Shelmerdine and Quentin Crisp as Queen Elizabeth.
• Many interior scenes of the Wayne Manor in the 1989 film Batman and the 1992 sequel Batman Returns were shot at Hatfield House.
• The outside scenes of the two Lara Croft films with Angelina Jolie were shot at Hatfield House, which serves as her home in the film. Subsequently, the outside of Lara’s mansion in the video game Tomb Raider: Underworld is based on Hatfield House.
In Lara Croft Tomb Raider: The Cradle of Life, the Long Gallery and the library were used for filming the scene where the MI6 agents meet Lara and give her a task to retrieve Pandora’s Box.
• It appears in the 2005 film The New World with Colin Farrell.
• Hatfield House was used to portray Chartley Hall, where Mary, Queen of Scots, played by Samantha Morton, was kept captive before her execution in the 2007 film Elizabeth: The Golden Age.
• The white frontage of the south facing view of Hatfield House was used in the 1998 film Shakespeare in Love as a location in Greenwich.
• Hatfield House was featured as “Chimneys” in the 2010 Agatha Christie’s Marple adaptation of Agatha Christie’s The Secret of Chimneys.

It truly is an amazing building and is well worth a visit just to soak up the history and sheer enormity of the property.

Moving on to St Albans Cathedral

sometimes called the Cathedral and Abbey Church of St Alban, and referred to locally as “the Abbey”, Much of its architecture dates from Norman times. It ceased to be an abbey in the 16th century and became a cathedral in 1877. 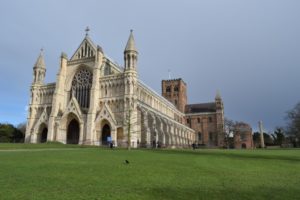 Although legally a cathedral church, it differs in certain particulars from most other cathedrals in England: it is also used as a parish church, of which the dean is rector with the same powers, responsibilities and duties as that of any other parish. 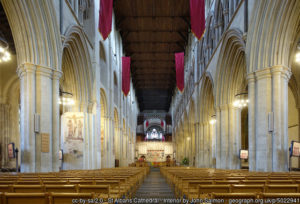 At 85 metres long, it has the longest nave of any cathedral in England.
Probably founded in the 8th century, the present building is Norman or Romanesque architecture of the 11th century, with Gothic and 19th-century additions.