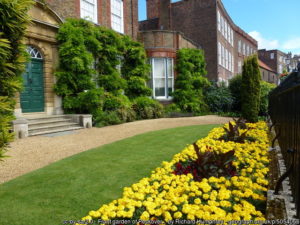 Jonathan Peckover, purchased Peckover House in the 1790s. The North brink, where Peckover House stands, is one of the great streetscapes of Georgian England – a handsome testament to the prosperity of Wisbech during the 18th-century.  The House & Garden are now a National Trust property

Here’s The History Bit to Tempt You

The House was built in 1722 and bought by Jonathan Peckover at the end of the 18th century. Alexander Peckover was created Baron Peckover in 1907. The Peckovers, a Quaker banking family and owners of the Peckover Bank, presented the building to the National Trust in 1948. 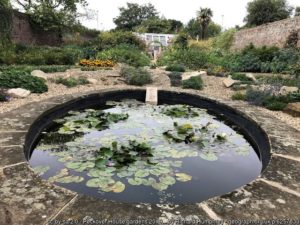 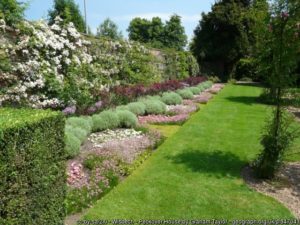 The exterior of the house gives little idea of the elaborate and elegant interior of fine panelled rooms, Georgian fireplaces with carved over-mantels, and ornate plaster decorations

At the back of the house is a beautiful Victorian walled garden with interesting and rare trees, delightful summer houses and fruiting orange trees, thought to be 300 years old, roses, herbaceous borders, fernery, croquet lawn and 17th-century reed thatched barn.

Peckover House was the inspiration for John Gordon’s 1970 novel, The House on the Brink. 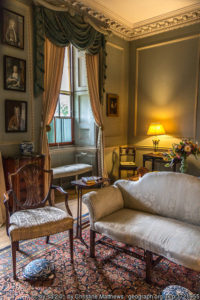 The film was the subject of an episode of a BBC documentary on National Trust gardens, in 1992, produced by Peter Seabrook.

The house has been used for a number of films, including Dean Stanley, the British comedy drama with Sam Neill & Peter O’Toole (2008).

The History of Peckover

The Peckover’s were a family of wealthy Quaker bankers. Their association with Wisbech began in 1777 when Jonathan Peckover established his grocery business here. Respected for his strong moral principles, honesty and decency, he soon began holding his customers’ money for safe-keeping.

What was informally known as ‘Peckover’s Bank’ had seven accounts in its ledger in 1782, when Jonathan entered into partnership with the well-established Quaker bankers, Gurneys & Co. of Norwich.

It was Wisbech’s first official bank 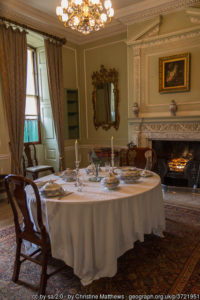 Jonathan’s bank, now known as the Wisbech and Lincolnshire Bank, became Wisbech’s first official bank. It thrived under his family’s management until 1893 when direct family involvement in the bank ceased. In 1896 the Peckover’s bank was amalgamated with 19 other private banks into Barclays Bank.

A role in Wisbech’s history

The Peckovers played an important role in the history of Wisbech, and through their wealth, they supported many institutions including the Wisbech and Fenland Museum and the Working Men’s Club and Institute. Known for their philanthropy, they were concerned with various causes and campaigned for the abolition of slavery, pacificism and improvements in education.