Visiting Cornwall? – Then Pay a Visit to Edgcumbe Hall

“A most beautiful place as ever was seen” – Samuel Pepys 1683

This is a place of ancient barrows, mystical woodland, forts and chapels dotted along a remote coastline, above secret beaches and smugglers coves.

Mount Edgcumbe House is the former home of the Earls of Mount Edgcumbe. Surrounded by formal gardens and set in a Grade I listed landscape, the country park covers 865 acres of the Rame Peninsula in South East Cornwall. 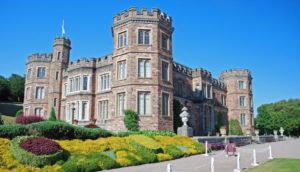 Built nearly 100 years before the Mayflower set sail in 1620, the Tudor style mansion stands at the top of an equally ancient double avenue of trees.

The Edgcumbe family can trace their ancestry back over 600 years. It was a timely match when Piers Edgcumbe married Joan Durnford in the 15th century and thus acquired the land on which Mount Edgcumbe now stands.

It created an opportunity to build a house of a size and stature befitting of an increasingly influential family and placed the family firmly on the main route of travel between Cornwall and the rest of England.

It was the principal seat of the Edgcumbe family since Tudor times, many of whom served as MP before Richard Edgcumbe was raised to the peerage as Baron Edgcumbe in 1742. His 2nd son, George, was advanced to the rank of Earl in 1789.

It was gutted during World War II by German bombs in 1941, with the restoration process beginning in 1958 at the 6th Earl’s instigation. In 1971, the 7th Earl sold the estate to Cornwall County Council and Plymouth City Council, and it has been open to the public since 1988. Its interiors have been restored to 18th century styles.

The Mount Edgcumbe House estate continues to be jointly owned by Cornwall Council and Plymouth City Council and is one of South East Cornwall’s most popular historic tourist attractions. The Country Park, on the Rame Peninsula, is the earliest landscaped grounds in Cornwall and is very popular with walkers: one can walk from the Cremyll Ferry through the property to the villages of Kingsand and Cawsand. The Park, open to visitors every day all through the year from 8 am till dusk, houses the National Camellia Collection.

In 1515 King Henry VIII issued a license to empark the lands and over 500 years later descendants of the original herds of fallow deer can be seen roaming in the Deer Park.

Take a walk through history as you explore the ancestral home perhaps dressed as a Tudor as you take advantage of our dressing up collection.

Decorated in a classical style and home to some of the treasures collected by the family over the centuries, the house is a haven of calm for visitors to explore the past.

Discover the Treasures that this Beautiful House Contains 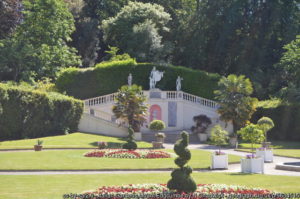 The House was built between 1547 and 1550 to a revolutionary design for that period, built to look outwards for the views rather than be inward facing. Local Staddon Grit with its distinctive red colour was used for the walls whilst carved granite was used for the facings. The stylish ogival (curved to a point) leaded windows used throughout give the House a very distinctive look.

Mount Edgcumbe is home to many notable works of art by famous artists such as Sir Joshua Reynolds, Willem van de Velde and Gerard Edema.

The property has been the inspiration for many stunning paintings.

Amongst the many highlights to be found on display in the House are: three large 16th century tapestries, two beautiful examples of Bouille furniture, a pair of extremely rare Irish Bronze Age horns, various clocks, sculptures, silverware and some examples of Plymouth Porcelain (manufactured by William Cookworthy.

A garden that has expanded over hundreds of years but retained each generations work. 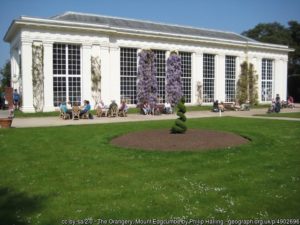 Mount Edgcumbes gardens are possibly unique in this.

Explore the gardens moving through layers of gardening history from the 16th century to our modern Black Bee Reserve.

Through generations of the Edgcumbe family, and as their wealth increased, they added to the House and also created a landscaped park and new pleasure gardens.

The area of these more formal gardens covers around 7 acres stretching from the lower park at Cremyll to the area of the Earls Garden which surrounds the House.

The Earls Garden surrounds the House.

The Deer Garden can be found opposite the Barrow Centre with The Knot Garden overlooking the Avenue.

However, the House and the adjoining Earl’s Garden are only open to visitors during the summer months, from the beginning of April until the end of September. Sunday – Thursday each week from 11 am to 4.30 pm (last admissions at 4 pm).

Is Your Passion your Garden?

Want to see other famous and well-kept gardens with excellent B&B accommodation nearby? – Then look no further