Visiting Norfolk, Not Just Norwich But the North Norfolk Coast is Special, Here’s Why

Norfolk, a massive county, steeped in history & culture – there is really just so much to discover both in the countryside and in its towns and cities 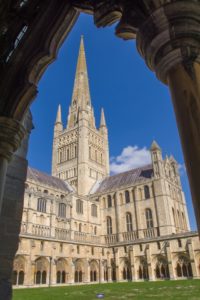 Descend by ladder into those times past at Grimes Graves – hundreds of flint mines dating back 4,000 years. Then, on to Norwich, one of the best-preserved medieval cities in Britain. It is dominated by the magnificent cathedral and its 315 ft. spire – the second tallest in England, after Salisbury.

Thinking of staying in Norwich – check this out click here

The Norfolk Broads is still a place of mystery and enchantment. Joined by six rivers, the broads are flooded medieval peat diggings. Great boating and a wildlife treasure house. The sea rules the roost on the north Norfolk coast – an Area of Outstanding Natural Beauty – where shingle and sand banks, such as Blakeney Point, protect vast reedland marshes and many nature and bird reserves, including Cley.

Fancy a trip on the Broads? well look no further here’s B&B accommodation just up your street

The Palladian masterpiece, Holkham Hall, houses great art; the Jacobean Blickling Hall is one of England’s finest and the Queen’s country retreat, Sandringham, is classic Edwardian.

Holkham Hall is an 18th-century country house . The house was constructed in the Palladian style for The 1st Earl of Leicester by the architect William Kent, aided by the architect and aristocrat Lord Burlington.

It’s one of England’s finest examples of the Palladian revival style of architecture, and the severity of its design is closer to Palladio’s ideals than many of the other numerous Palladian style houses of the period. 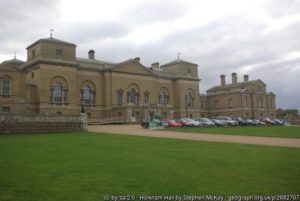 The Holkham Estate was built up by Sir Edward Coke, the founder of his family fortune. He bought Neales manor in 1609, though never lived there, and many other purchases of land in Norfolk to leave to his six sons. His fourth son, John, inherited the land and married heiress Meriel Wheatley in 1612.

They made Hill Hall their home and by 1659 John had complete ownership of all three Holkham manors. It is the ancestral home of the Coke family, the Earls of Leicester of Holkham. 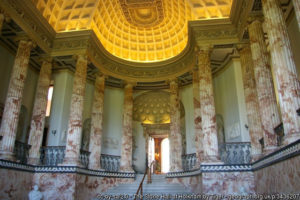 The impressive interior of Holkham Hall

The interior of the hall is opulent, but by the standards of the day, simply decorated and furnished. Ornament is used with such restraint that it was possible to decorate both private and state rooms in the same style, without oppressing the former.[

The principal entrance is through the Marble Hall, which is in fact made of pink Derbyshire alabaster; this leads to the piano nobile, or the first floor, and state rooms. The most impressive of these rooms is the Saloon, which has walls lined with red velvet. Each of the major state rooms is symmetrical in its layout and design; in some rooms, false doors are necessary to fully achieve this balanced effect.

Another amazing property to visit  is Blickling Hall

located in the village of Blickling north of Aylsham in Norfolk,

In the 15th century, Blickling was in the possession of Sir John Fastolf of Caister in Norfolk (1380–1459), who made a fortune in the Hundred Years’ War, and whose coat of arms is still on display there.

Later, the property was in the possession of the Boleyn family, and home to Thomas Boleyn, later Earl of Wiltshire, and his wife Elizabeth between 1499 and 1505.

Although the exact birth dates of their children are unknown,many historians are confident that all three surviving children were likely born at Blickling – Mary in about 1500, Anne in about 1501, and George in about 1504.

A statue and portrait of Anne may be found at Blickling Estate which carry the inscription, “Anna Bolena hic nata 1507” (Anne Boleyn born here 1507) 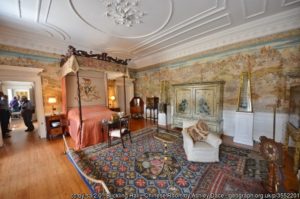 The house of Blickling seen today was built on the ruins of the old Boleyn property in the reign of James I, by Sir Henry Hobart, Lord Chief Justice of the Common Pleas and 1st Baronet, who bought Blickling from Robert Clere in 1616. 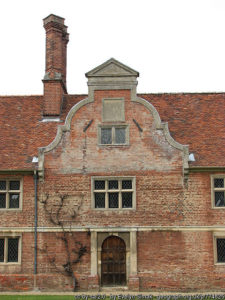 The architect of Hatfield House, Robert Lyminge, is credited with the design of the current structure. The Lord Chief Justice married Dorothy, the daughter of Sir Robert Bell of Beaupre Hall, Outwell/Upwell, Norfolk, Speaker of the House of Commons 1572–1576. A grand display of heraldic material is present throughout the estate.

(Better known and designated as Blakeney National Nature Reserve) situated near to the villages of Blakeney, Morston and Cley next the Sea , don’t you just love some of the names of these places!there’s a spit of shingle and sand dunes, but the reserve also includes salt marshes, tidal mudflats and reclaimed farmland. It has been managed by the National Trust since 1912, and lies within the North Norfolk Coast Site of Special Scientific Interest. 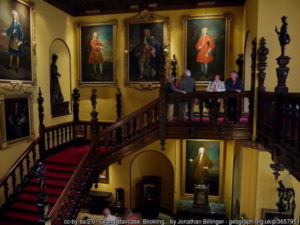 This part of Norfolk has a long standing history , ruins of a medieval monastery and “Blakeney Chapel” (probably a domestic dwelling) are buried in the marshes. The towns sheltered by the shingle spit were once important harbours, but land reclamation schemes starting in the 17th century resulted in the silting up of the river channels.

The reserve is important for breeding birds, especially terns, and its location makes it a major site for migrating birds in autumn. Up to 500 seals may gather at the end of the spit, and its sand and shingle hold a number of specialised species and plants, including the edible samphire, or “sea asparagus”.

The many visitors who come to birdwatch, sail or for other outdoor recreations are important to the local economy, but the land-based activities jeopardize nesting birds and fragile habitats, especially the dunes. 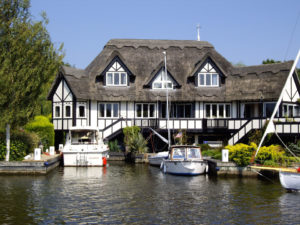 Burnham Thorpe  is famous for being the birthplace of Vice Admiral Horatio Nelson, victor at the Battle of Trafalgar and one of Britain’s greatest heroes. At the time of his birth, Nelson’s father, Edmund Nelson, was rector of the church in Burnham Thorpe

The house in which Nelson was born was demolished soon after his father’s death, though the rectory that replaced it and the church at which his father preached can still be seen. The site of the former rectory is marked by a roadside plaque. 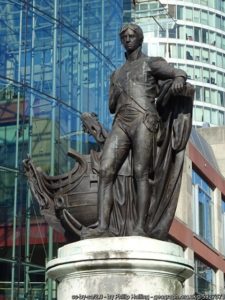 The village’s main public house was built in 1637 and was known as The Plough until 1798 when it was renamed The Lord Nelson in honour of the victory at the Battle of the Nile. Nelson held a dinner here for the men of the village prior to his departure to join HMS Agamemnon. The pub survives to this day.

The Broads is a network of mostly navigable rivers and lakes. The lakes, known as broads, were formed by the flooding of peat workings. The Broads, and some surrounding land, were constituted as a special area with a level of protection similar to a national park by the Norfolk and Suffolk Broads Act 1988. Its a really important tourist area with many people enjoying boating holiday on The Broads.

Thirteen broads are generally open to navigation, with a further three having navigable channels. Some broads have navigation restrictions imposed on them in autumn and winter,just really for safety reasons. 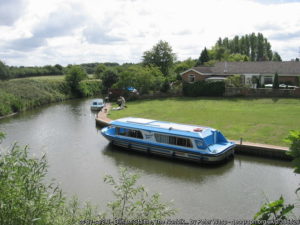 Although the terms Norfolk Broads and Suffolk Broads are used to identify specific areas within the two counties respectively, the whole area is frequently referred to as the “Norfolk Broads”. The Broads has similar status to the national parks in England and Wales; the Broads Authority has powers and duties akin to the national parks, but is also the third-largest inland navigation authority. Because of its navigation role the Broads Authority was established under its own legislation on 1 April 1989. The Broads Authority Act 2009, which was promoted through Parliament by the authority, is intended to improve public safety on the water.

Moving on through North Norfolk why not Stroll through stunning gardens at Bressingham, Oxburgh Hall and Pensthorpe, where there is also a waterfowl park. Banham Zoo is a grand family day out. 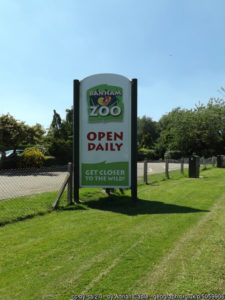 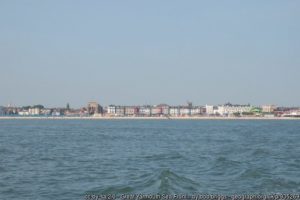 A long shot of Great Yarmouth Beach from the sea

And raise a glass to Admiral Lord Nelson at his birthplace, in Burnham Thorpe, before visiting Nelson’s Column, at Great Yarmouth, and enjoying a spin on the town’s famous Pleasure Beach.

We sincerely hope you like our little trip to the North Norfolk coast, please come back and check out other areas of interest that we’ve written about, please leave a comment 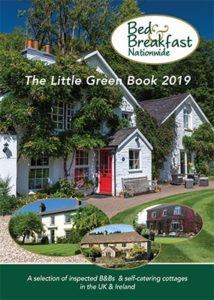 The Social media team from: