Visiting Northamptonshire? Then take in the “New Town” of Corby and a Castle along the way.

Home » Bed & Breakfast News » Bed and Breakfast Blog » Visiting Northamptonshire? Then take in the “New Town” of Corby and a Castle along the way.

Visiting Northamptonshire? Then take in the “New Town” of Corby and a Castle along the way.

Many of us associate Northamptonshire with Corby and Kettering and the former being recognised as a great steel producer back in the day dating back to 1935 The start of construction in 1934 drew workers from all over the country including many workers from the depressed west of Scotland and Irish labourers. The first steel was produced in October 1935 and for decades afterwards the steel works dominated the town. 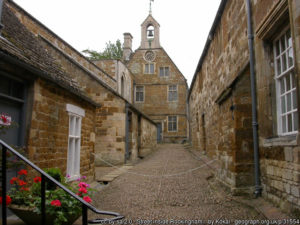 In 1950, Corby was designated a New Town , the development plan with a car-friendly layout and many areas of open space and woodland. The town now underwent its second wave of expansion, mainly from Scotland.

However In May 1979 announced the closure of Corby Steelworks. By the end of 1981 over 5,000 jobs had been lost from British Steel in Corby, and further cuts took the total loss to 11,000 jobs, they were dark times for the town and the area.

The recovery of Corby was explained in 1990, as being a result of the establishment of the Enterprise Zone, the promotion of Corby by the then government, the work of private investors and the skills of the work force. Others believe the town’s recovery was significantly assisted by its central location and substantial grants from the EU.

The town was at one time known locally as “Little Scotland” due to the large number of Scottish migrant workers who came to Corby for its steelworks.

Its history is fascinating going back to the days of William the Conqueror.

Visitors to the Castle will immediately understand why he ordered a Castle to be built here. With its magnificent views across the Welland Valley this stronghold was crucial in helping William subdue his new kingdom. As well as a fortress, the Castle was an important seat of government; the Great Council of Rockingham being held here in 1095.

Many medieval Kings came to Rockingham Castle. Richard the Lion Heart played host to his Scottish counterpart here and his unpopular brother John came frequently to hunt in Rockingham Forest. 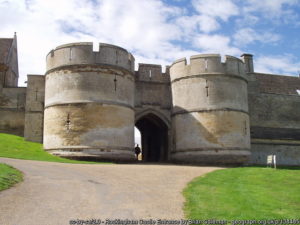 Indeed on his last journey north John left his treasure chest in the Great Hall, giving rise to the legend that his crown jewels are buried at Rockingham and not in the muddy wastes of the Wash.

Henry VIII leased the Castle to Edward Watson, ancestor of the present owner James Saunders Watson, who converted the medieval fortress into a comfortable Tudor house. His portrait hangs in the Hall alongside Mary Boleyn, the sister of one of Henry’s unlucky wives.

Originally a Royalist stronghold, Rockingham Castle was taken by Cromwell’s Roundheads and then besieged by the King’s troops. Although its defences held out against repeated assaults the Castle’s owner Lewis Watson lost much of his wealth and never really recovered from the trauma of the war.

Poised above the Welland Valley with fine views of five counties the ramparts enclose 12 acres of sweeping lawns, formal and informal gardens set among the medieval fortifications. There is a circular Rose Garden on the site of the old keep and a magnificent wild garden in the ravine below containing over 200 species of trees and shrubs, many rare.

How the Family acquired the castle

By the late 15th century Rockingham Castle had fallen into disrepair. Sir Edward Watson (founder of the Watson Family dynasty) acquired the lease of the castle from Henry VIII. Parts of the castle were subsequently replaced with a Tudor house with gardens. 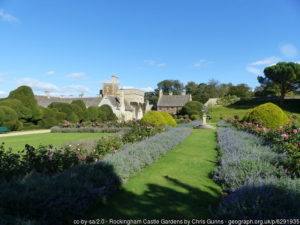 The former royal castle became a hunting lodge for the nobility. Watson’s grandson Lewis Watson acquired the freehold of the castle and lands from the crown. Watson was successively a knight, baronet and baron and through the years it has remained in the family even today it  remains the private home of the Saunders-Watson family and is owned by James Saunders Watson.

The Castle overlooks the villages of Rockingham and Caldecott and enjoys good views over the Welland Valley. The castle remains the centre of an agricultural community. The family’s collection of 20th Century pictures adds a particularly personal contemporary flavour.  It is open to the public on certain days.

Appropriately Rockingham was the setting for the BBC TV series “By the Sword Divided”, which portrayed the turmoil caused by the English Civil war. It also featured in the film Top Secret! Which starred Val Kilmer?