Visiting Northumberland for a long Weekend? Then a visit to Belsay Hall is Top priority

Home » Bed & Breakfast News » Bed and Breakfast Blog » Visiting Northumberland for a long Weekend? Then a visit to Belsay Hall is Top priority

Visiting Northumberland for a long Weekend? Then a visit to Belsay Hall is Top priority

Not only is there a Castle here but also a grand Hall as well, and to set it all off magnificent gardens as well – truly a great “day out” experience.

The Belsay that visitors see today comprises three distinct but related elements: a medieval castle that was enlarged in the early 17th century, a Greek Revival mansion that superseded it as a family residence at the beginning of the 19th century, and an outstanding garden linking the two buildings.

The mansion it was built to supersede Belsay Castle and its adjoining earlier hall just a few hundred yards away, and is part of the same estate.

Much of this garden was created within the quarries that supplied the stone for the new house.

Belsay is the creation of the Middleton family, over more than seven centuries. The Middletons were first recorded as owning Belsay in 1270.

Power up 56 spiral stairs to marvel at the view from the top of the 14th-century defensive ‘pele tower’ at the top of the ruined medieval castle. The castle was built as a refuge at a time of Anglo-Scottish warfare but it was also designed to impress.

Explore the maze of rooms and keep your eye out for rare traces of elaborate medieval wall paintings. In the manor house style wing you can still see the old cooking range and fireplaces.

The estate was owned almost continuously by the family from the 13th century, when Sir Richard de Middleton was Lord Chancellor to King Henry III.

The great fortified tower that still dominates the castle was built both as a statement of family pride and as a response to the conflict and unrest in this border region between England and Scotland.

Built in the 14th century, it is one of the best-surviving examples of a pele tower – a regional type of fortification built by rich families in the late Middle Ages to defend themselves.

In the early 17th century, a mansion wing was added to the west side of the castle, converting it into a gentleman’s residence…

Another wing was added further west in 1711, visually counterbalancing the medieval tower. This was mostly pulled down in 1872. 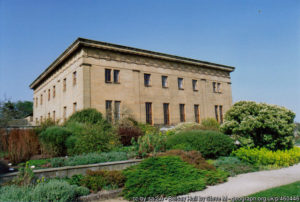 The Hall at Belsay, completed in 1817, was a modern country house inspired by the ancient Classical temples of Greece

The Middletons lived in the castle until the completion in 1817 of a new mansion, which was designed by the then owner Sir Charles Monck, formerly Middleton (1779–1867). On Christmas Day 1817, Sir Charles and his family moved the short distance from the castle into their newly finished hall.

Belsay Hall was inspired by what Sir Charles had seen on his extended honeymoon in Greece, and is a building of austere perfection. Despite its plain façade, it had a comfortable interior, arranged round its imposing central two-storey Pillar Hall.

The Pillar Hall, at the centre of the house, is the architectural climax of Belsay

Go indoors and immerse yourself in the architecture of ancient Greece in Belsay’s Greek-revival mansion. Inspired by a honeymoon trip to Athens, the unfurnished Pillar Hall is at the centre of the house. Wander through the closely spaced ionic columns and enjoy the beautifully light atrium.

Explore the family bedrooms with their original fireplace grates and spectacular views of the magnolia terrace. Wallpaper from the 1800s still hangs with its original floral prints. 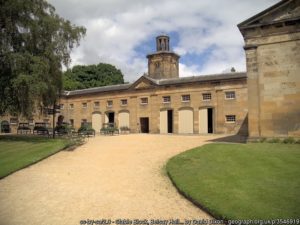 The hall was built from rock carved from Belsay’s very own quarry. The Middleton family lived in a Jacobean mansion wing of the castle, before they moved into the newly built Belsay Hall on Christmas Day in 1817.

Although they moved out of the hall in 1962, the estate that surrounds the historic nucleus Here’s a really important point to bear in mind

Under the terms of the guardianship agreement by which it passed into state care in 1980, the hall is displayed without furnishings, revealing to visitors the fine craftsmanship that went into its construction.of hall, castle and garden remains in their possession.

Lose yourself in the vast 30 acre Grade I listed gardens. Follow through ravines cut out of rock to discover the jurassic-feeling Quarry Garden. Inspired by Sir Charles Monck’s travels, the Quarry Garden has its own microclimate which means all sorts of exotic plants grow here.

We have one of the biggest collection of rhododendrons in the country. You’ll find winter flowering varieties in the Quarry Garden and a stunning display in the Rhododendron Garden during late spring.

Enjoy year-round seasonal interest in the formal Yew Garden and Magnolia Terrace. And if you’re feeling energetic why not take the Crag Wood Walk?