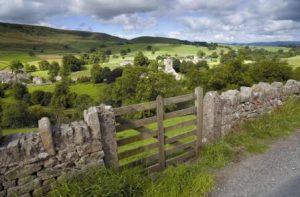 At long last it’s official! From 1 August 2016, a beautiful area of breathtaking landscape has received the true recognition it deserves with its incorporation into two of our great National Parks, the Lake District and the Yorkshire Dales.

With the amalgamation of 188 square miles of stunning additional countryside, the extension will see the Yorkshire Dales stretch to the north and west and the Lake District to the east and south, creating the largest area of national park land in England, with just the M6 motorway separating the two parks.

Encompassing four additional parcels of upland, the largest of which includes the Howgill Fells and the picturesque village of Ravenstonedale, to the south of which is the breathtaking view of the Lune Valley and Underley Hall known as ‘Ruskin’s View’. This is named after John Ruskin the poet who in 1875 described it as ‘one of the loveliest views in England, therefore in the world’. The walks on offer are superb.

With the promotion of this whole new region, let’s take up this opportunity to explore and discover those hidden gems that could have previously been overlooked!

For more inspiring scenery, why not visit one of Britain’s other National Parks, such as Exmoor with its rocky headlands, caves and waterfalls and Snowdonia with its rugged peaks and steep river valleys. For more information on our National Parks and ideas of places to stay check out:-